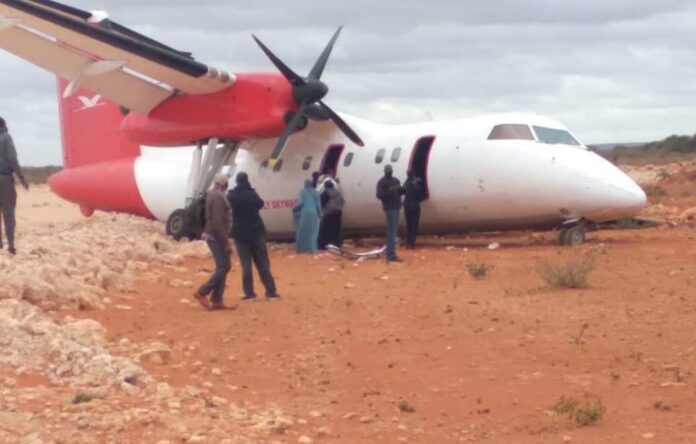 No casualties reported Wednesday when a small plane went off the runway Elwak airstrip in Gedo region of Southern Somalia, officials said. The 5y-GRS small plane flew from Nairobi, the capital of Kenya. 45 passengers were on board who were destined for Elwak district under the authority of Mandera in Kenya which is 20 km from Elwak in Somalia. The plane crashed in Elwak airstrip in Gedo region of Somalia. Somali military personnel were deployed in the airport. The airport was closed since it was built on the grounds of political reasons pertaining to dispute between Jubaland state and Somalia’s Federal Gov’t