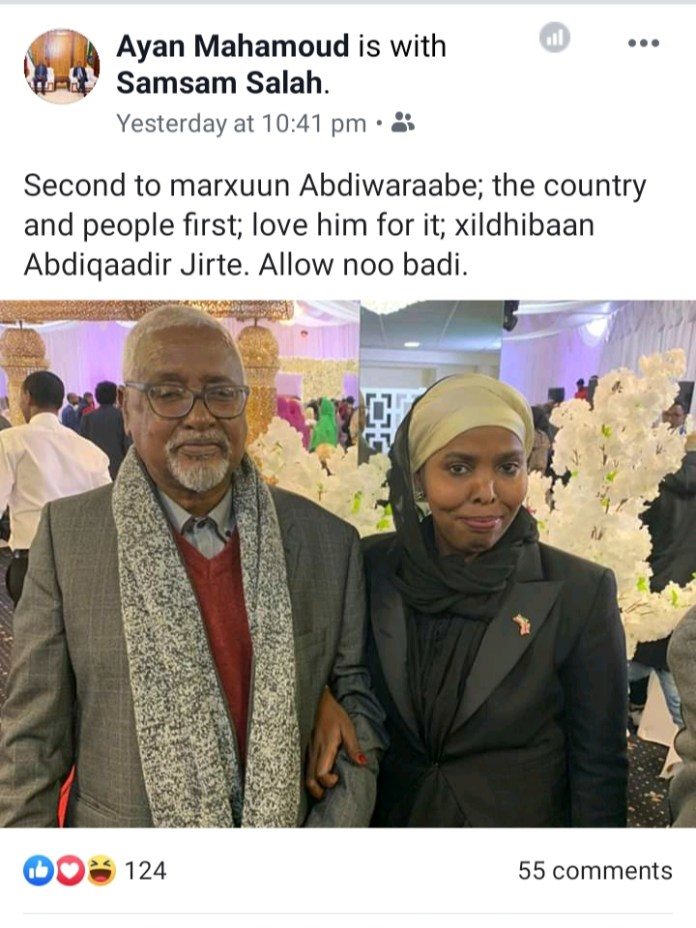 The Somaliland Representative to the UK and Commonwealth Ms. Ayan Mohamud has been sacked 24 hours after she has posted on her facebook and twitter accounts a picture with acting Wadani chair, Hon. Abdikadir Jirde.

She has described the parliamentarian as the second Haji Abdi Warabe.

She said that she reveres him as he puts his personal interest before the public and the state’s interest.

During Ayan’s tenure as the Somaliland representative to the UK, she has done a great job uniting Somaliland diaspora community who have been divided in recent presidential elections.

Many people from Somaliland at home and abroad were surprised with the dismissal of Ayan Ashur who served as SL envoy to the UK.

The Head of State has fired her among a list of top Somaliland representatives in overseas.