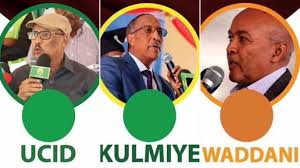 Conducting an amendment for regulation of the political associations and parties’ law is just to end the deadlock of the political parties which made our Somaliland stability to be at a rocky path. Currently, the political situation turned into a risk where the political opposition parties are threatening for the president after pledging to open new political organizations in his annual address to the houses of parliament and underlined that it would be the only solution to end the long-standing conflict in Somaliland’s elections.

I do call for Somalilanders to save their country from failed political parties otherwise the country’s stability and peace could be in jeopardy.   Thanks to the president for coming up the vision of opening the closed gate for the new political associations since we are losing our prestige in the world which made Somaliland an oasis of stability in the horn of Africa region. This is the time that a regime change in the leadership of the political parties in country has to be legally done in order to save the democratization process that Somaliland has gained in the past thirty years since the people have been very fed up with political dispute between the parties in the country who did not allow anyone to have the chance of leading the existing parties.

Last but not least, the people are pleased to take part in the new organizations if the House of Representatives conduct the needed amendment of the law.  It will restore the hopes and confidence for many young politicians in the political platforms who can save the democratization process of Somaliland. Let us all save our country from failed political parties.

He can be reached at Majeex2004@hotmail.com.