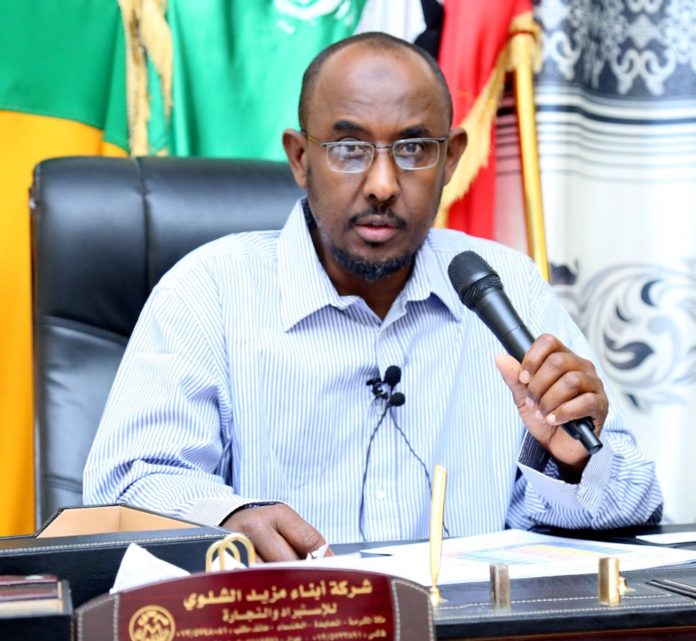 Kulmiye ruling party in Somaliland yesterday hailed the poll accord recently hammered by the three national political parties which resolved row on the upcoming parliament and local council elections.

The governing party in Somaliland warned the creation of new constraints which could impede once again the election process.

The secretary of the party’s central council committee, Mr. Mustafe Mohamed Yonis aka Wadad, praised the historic accord signed by the parties.

He personally hailed the three chairs of the national parties for showing their sense of patriotism to see the realization of free and fair parliament and local council polls in Somaliland to transpire as slated in late 2019.

“We the Kulmiye party, We are in favor of the deal brokered by the three parties. We sent our congratulations over the historic move taken by the parties.” Said Mustafe.

The secretary of the ruling Kulmiye party announced that they are committed to hold free and fair election on the right time.

Mr. Mustafe dispelled barriers stated by the second deputy speaker of Somaliland house of assembly in which he said that unless the gov settles the issue of seat allocation, then parliament an local councils won’t happen in Somaliland.

The secretary has reprimanded the house speaker not to revolt the people whilst in Borama over seat allocations in Somaliland.

He urged all election stake holders in Somaliland to work towards holding the polls peacefully in order to choose the replacements for the parliament which has been serving for the last 14 years since its election in 2005.

The deal signed by the major political parties compromised their differences over election issues pertaining to the number of the electoral commission was brokered by EU envoy to Somalia who has worked tirelessly to see the polls to transpire in the country. The Three political parties namely, Wadani, Kulmiye and UCID signed the deal in the presidential palace.