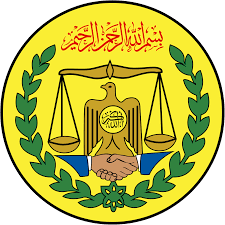 Hargeisa-An agreement has been reached in principal to construct a new major road between Lawya’Adde and Borama with a connection to the town of Jig’Jiga in Ethiopia.

According to sources this agreement was reached by the governments of Djibouti and Ethiopia, along with the federal entity in Mogadishu. The government of Somaliland, under the administration of President Muse Bihi Abdi is apparently neither a signatory to the project nor a participant in the discussions of the project.

The new road is to be funded jointly by the European Union, the World Bank and the African Development Bank.

Sources indicate that the government of Somaliland was not made aware of the projects and it’s planning meetings.

It is extremely unlikely that such a development project can take place in Somaliland, without the consent of the administration and furthermore, the involvement of the federal entity in Mogadishu, which has no authority whatsoever within the territorial borders of Somaliland, is merely designed to cause friction within the communities in Somaliland, and also with the neighboring countries of Ethiopia and Djibouti.

Reliable sources confirm the funding parties, the EU, World Bank and the African Development, had expressed their concern about the feasibility of the project without the participation and approval of the Somaliland government.

However, there is also indication that the funding group were convinced to proceed with the project by the Djibouti government who apparently guaranteed the co-operation the administration of President Muse Bihi Abdi.

The Somaliland government has yet to comment on or to clarify it’s involvement in this proposed project.