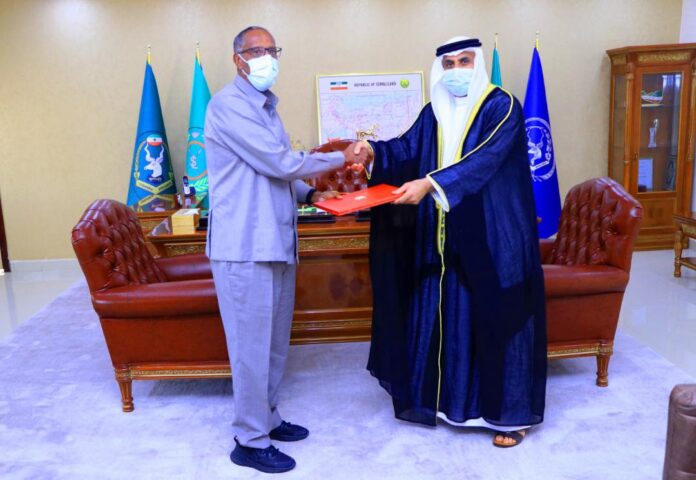 Abdullah Muhammad Al Naqbi presented his credentials as Director of the UAE Trade office in Somaliland to Muse Bihi Abdi, President of the Republic of Somaliland.

For his part, the President of Somaliland reciprocated the greeting to the UAE leaders, wishing the government and people of the UAE continued prosperity.

He also wished Al Naqbi a successful tenure to further consolidate the bilateral relations across various fronts, stressing his country’s readiness to provide all that is needed to facilitate his mission.

During the meeting, areas of cooperation between the UAE and the Republic of Somaliland were reviewed, and ways of developing them were discussed.