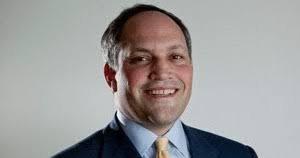 Throughout 1988, MiG-17 fighter jets would take off from an airfield on the outskirts of town. Locals referred to it as the 4-4-4: Within four minutes, they’d be over the city. They would drop four bombs, and then the pilots would collect a $4,000 reward from the dictator sitting hundreds of miles away in the capital for their role in the slaughter of civilians.

Such episodes might seem familiar to Iraqi Kurds, whom Iraqi President Saddam Hussein’s regime sought to punish both for disloyalty and out of racist animus, but they took place 3,000 kilometers away in Hargeissa, the capital of Somalia’s Somaliland region.

A Disparate People with a Common History

The similarities between Iraq’s Kurds and Somaliland’s Isaaq clan are eerie. Both suffered under first Soviet- and then US-backed dictators as Cold War calculations caused both Washington and Moscow to ignore atrocities. Both Somali President Mohamed Siad Barre and Saddam invaded—and then lost a war to—their larger neighbors.  Between 1988 and 1991, both Kurds and the Isaaq clan faced all-out offensives as the central government sought to resolve their regional problems once and for all. In both Somaliland and Iraqi Kurdistan, some figures—even from ruling families—cut deals with the dictator, be it Siad Barre or Saddam. Today, local authorities continue to unearth bodies from mass graves. Higher-end estimates places the death toll in both cases at more than 100,000.

In both Iraqi Kurdistan and Somaliland, 1991 was a watershed year. Both Iraq and Somalia rose in rebellion against their respective dictators. There are differences. Siad Barre fled into exile where, four years later, he died. In Iraq, however, Saddam managed to reconsolidate control over all but the northern three governorates where Kurds thrived in a safe-haven and under a no-fly zone. Regardless, both Iraqi Kurdistan and Somaliland became self-governing: The Kurdistan Regional Government held elections in 1992, with Kurdistan Democratic Party leader Masoud Barzani and Patriotic Union of Kurdistan leader Jalal Talabani ultimately agreeing to divide power between them. In Somaliland, the 1993 Boroma Conference witnessed the first presidential election, of which there have now been five.

There are other similarities: As both Iraqi Kurdistan and Somaliland got their new governments off the ground, they labored under dual sanctions: The international community imposed sanctions against both Iraq and Somalia, and then the Iraqi and Somali governments imposed their own embargos upon their breakaway regions. During the sanctions regime, both for bureaucratic ease and in order to reinforce a policy of unity and discourage separatism, both the US and United Nations channeled aid disproportionately through the capitals—Baghdad and Mogadishu—and, in the process, fueled endemic corruption.

Today, however, the comparisons have ended. Somaliland has thrived as a nascent democracy, even as it remains unrecognized. Lack of recognition brings serious economic hurdles, and yet its private sector thrives. In comparison, Iraqi Kurdistan is now Iraq’s least democratic region. While Somalilanders have chosen five presidents since 1993—the most recent election secured by biometric iris scans—Iraqi Kurdistan has only had one president. Masoud Barzani’s term may have expired, but he still retains his palaces, his staff and control over regional finances. (Somaliland’s democracy is not perfect: famine and other regional crises have caused it to repeatedly suspend new parliamentary elections, although these should be held later this year).

Respect for the Private Sector Matters

How has an impoverished East African republic performed better than an oil-rich Kurdish region? Perhaps the biggest difference between Somaliland and Iraqi Kurdistan has been the sharp separation between business and politics in the former. Traditionally, Somaliland’s chief business and export has been livestock. It was the business elites in the main port of Berbera that spurred the political compromise that led to stability in Somaliland when the rest of Somalia descended into chaos. While many businesses in Somaliland are now more diversified and sophisticated, there remains a fairly sharp line between the business and political classes. Businessmen might support political candidates, but they seldom want to become political candidates themselves, nor do they fear retribution if they back the losing candidate.

In Iraqi Kurdistan, in contrast, the political class is the business class. The Barzanis and Talabanis do not hesitate to use their political clout and sometimes military power to smother competition. This has stunted the Iraqi Kurdish economy. Across Kurdistan, real estate development creates a false illusion of wealth. But, what many international workers and visiting journalists do not realize when admiring Iraqi Kurdistan’s apparent success is that most apartment buildings and hotels are largely vacant, and that the image of success is superficial. The bubble will burst when state lands provided to those with political connections under the guise of privatization runs out.

More broadly, the division between business and politics benefits Somaliland in other ways. Both Somaliland and Kurdistan have benefited from their respective Diasporas. But while expatriate Kurds seeking to invest in Iraqi Kurdistan have learned to be wary, lest they lose their investments to the region’s corruption, demand for ghost partnerships, and lack of commercial law, Somalilanders have invested successfully at various levels (Somalilanders joke that every returnee opens a coffee shop).

It’s not just investment that matters. Seventy percent of Iraqi Kurdistan’s budget is dedicated to payroll, a level on par with Cuba. The fact that 90 percent of Somaliland is engaged in the private sector means that they generate wealth rather than just use it. Perhaps this is why Iraqi Kurdistan is now more than $20 billion in debt, whereas Somaliland exists debt free. The larger business class in Somaliland means a broader tax base. Kurdistan is relatively new at taxation; that the Barzanis and Talabanis do not pay taxes only undercuts budgetary stability.

While the Somaliland budget – just a few hundred million dollars – may be comparatively small, it is used to maximum effect. One of the triumphs of Somaliland was uniting its various militias into a single armed force after 1991, something Iraqi Kurds still talk about but have yet to accomplish. The Somaliland government dedicates about one-third of its budget to support this armed force and coast guard, to great effect: While the rest of Somalia has descended into chaos, Somaliland has remained free of piracy and has denied its territory to Al-Shaabab, a militant group which several years ago swore allegiance to Al-Qaeda. Iraqi Kurdistan, in contrast, has a budget far greater but had the Islamic State develop partly in territory under its protection, and then fled initially rather than fight. The reason for the discrepancy in results may be that Somaliland does not anoint generals when they are in their 20s simply because they have the right last name; rather, they embrace a far more meritocratic military and security system.

A business-friendly atmosphere has amplified Somaliland’s ability to do more with less. The region hosts Africa’s second-largest Coca Cola plant, leading the Financial Times to note that Somaliland has won “a business stamp of approval” despite lack of diplomatic recognition. Coca Cola has had a historical presence in Iraq, though war and Saddam’s dictatorship forced the company out. In 2006, Iraqi Kurdistan attracted a franchise for its region, initially attached to the ruling family, and subsequently acquired by a Turkish firm.

While Iraqi Kurdistan lags behind in technological infrastructure—locals joke that one never needs to say goodbye with Sirwan Barzani’s Korek Phone since the connection will invariably cut out before the conversation is finished—Somaliland has become an e-Republic, on par with countries like Estonia.  While the physical infrastructure such as roads in Somaliland are poor, the result of little development aid, local companies have jumped on new technologies to leapfrog into the future. The region’s cell phone providers are about to unveil a nationwide 5G network. In 2009, Telsom, Somaliland’s largest cell phone provider, launched a currency transfer app called Zaad, a mobile money transfer system. Today, almost all purchases are made via Zaad—even beggars in front of mosques offer their Zaad numbers so they need not deal with cash. By making money transfers electronic, Somaliland officials have been able to fight against ghost employee scams which still create a drain on Iraqi Kurdistan’s economy. Indeed, Iraqi Kurdish authorities still resist the introduction of modern banking because it risks the lucrative scams in which so many engage.

Perhaps the problem has been oil. The discovery of oil in Iraqi Kurdistan has led to the worst excesses of rentier state corruption, and led to a situation in which the economy is arguably worse off than before the beginning of regional oil production. Such a situation may also undercut Somaliland if DNO and Genel—the two major companies, both of which have worked in Iraqi Kurdistan and both of which are currently exploring blocs in Somaliland—confirm exploitable reserves.

Kurdish officials like to distract from accountability for their own management failings by blaming Baghdad, unfriendly neighbors, a lack of recognition for their ills, or any other bogeymen real or imagined. Perhaps it is time for Kurdish residents, diplomats, and potential investors to question just how a region like Somaliland with a similar history, equivalent population, and the same geopolitical problems has emerged from war and destruction not only as a democracy, but also with a far healthier and more reform-minded economy than Iraqi Kurdistan’s.