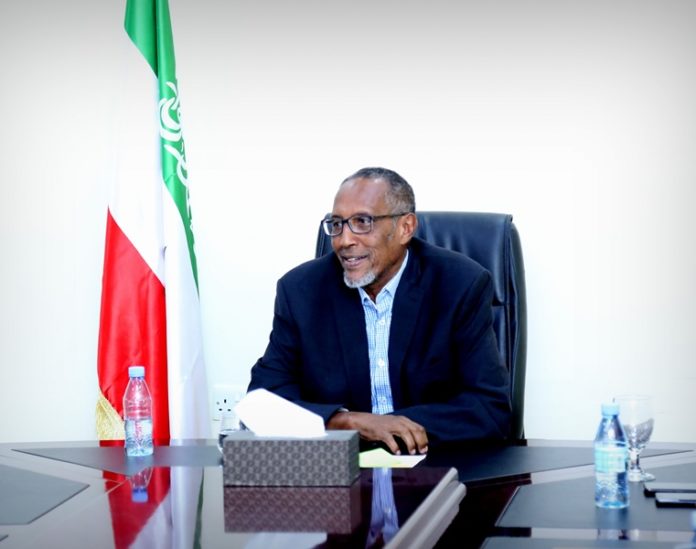 First, congratulations to the president of Somaliland, Muse Bihi Abdi, and his dedicated foreign relations diplomats on their recent aggressive campaign to capture the attention of world nations. After all, as the saying goes, “ The squeaky wheel gets the grease.” This approach is very crucial to get the attention of wider audience, because it would eventually lead to meaning full concessions. Today, different nations are discussing and debating the Somaliland agenda including the United States of America by countering the Chinese outcry against Somaliland-Taiwan diplomatic relations. Kenya has demonstrated a willingness to take Somaliland issue to the United Nations Security Council as newly elected member. Obvious this aggressive foreign policy campaign is working and must not relented-stay the course the victory is near.

Imagine a trilateral bloc free trade agreement between three independent and sovereign East African nations: Somaliland Republic, Djibouti and Somalia living side-by-side and in harmony. By forging this concept, Somalia would gain a strong partner in building a strong and prosperous economy for their future generations. Together, they would dominate the region if they put their differences aside and focus on the common good of their citizens.
Somalia must realize that the great ambition of “Greater Somalia” is long gone. Therefore, Somali Federal Government must embrace and come to the reality that Somaliland is in fact a separate and equal partner.

To build a stronger economy, one needs a robust infrastructure to move the supply chain of goods and services between the three countries including the neighboring Kenya and Ethiopia. Imagine boarding high speed train from Djibouti, passing through Hargeisa, Mogadishu and to the Kenyan border. Similarly, build a highway running through the Horn Corridor connecting the three countries. This growth could lead to better schools for children and sustainable economic development including good health and social programs. It would also lead to self-sufficiency instead of depending on international donors’ handouts. To have this vision one has to transcend clan mentality in promoting ones individual interest and fanning hatred within a community. Sadly, some of today’s generations are following the foot-steps of their older tribal leaders by echoing similar voices, especially in social media.

Unfortunately, the Farmajo regime does not have the best interest of its country and citizens in mind, except a delusion to secure his re-elected by any means necessary including intimidation and use of force if needed. The dysfunction of its regime resulted in the failed summit between the federal Government and the regional states when they declined his invitation and held their own in Dhusomareeb on July 10, 2020.

The international community and stakeholders must pay close attention to the current Somali Federal Government’s behavior. Unless rescued the darker yesteryears of Somalia are inevitable and it is fast approaching.