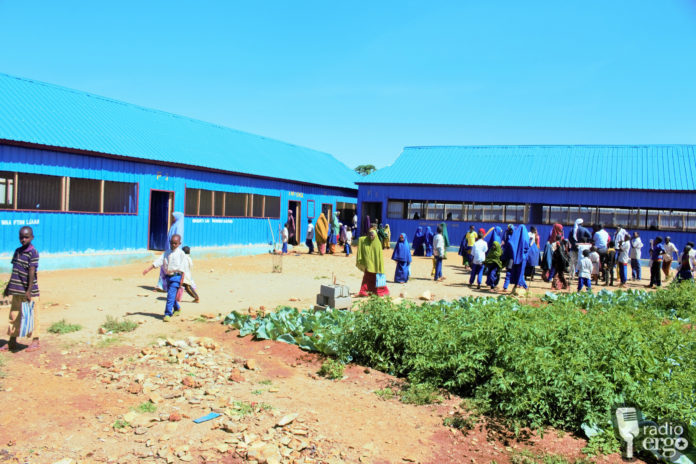 Mohamed Farah Adan, a Somali pastoralist, did not think he would be able to give an education to his youngest children, until the new school was built near their village in Somaliland’s Sahil region.

The school in Mandera, constructed by Somaliland’s ministry of education, has enabled the family to send their youngest son, aged 11, and daughter, 10, to class for the first time.

“The other children have been attending classes under a tree six kilometres walk away from here,” Mohamed said. “I took the younger two to the new school and they were enrolled in standard one. They will continue learning as long as we have the school near our home.”

The new government school is free but parents have to buy school uniforms and books.

Another newly built school has brought opportunity to pastoralist children in Saba-Wanag. Another parent, Hassan Duale, said the government is doing a good job in promoting education in rural areas.

Ahmed Abokar, director general of Somaliland’s education ministry, said the construction of 10 new schools had been achieved so far under an $800,000 project funded by the European Union. The project has also covered the renovation of classrooms and building of extra classrooms in 70 schools.

Some of the classrooms had been damaged or destroyed during storms during last Deyr season. The government aims to promote education in remote areas.

“All children in Somaliland should be able to access the opportunity of education,” said Ahmed.

He confirmed that 10,825 children had so far benefited from the project.

Sahil region’s education commissioner, Ibrahim Hassan Digale, told Radio Ergo that the school in Mandera was widely welcomed. Three other new schools have also been built in coastal areas of Sahil region to reach out to pastoralist communities.

“Now I hope that the children who have had to walk long distances to school can be given transfers to attend their nearby schools. We expect more children will be enrolled in these schools,” he said.