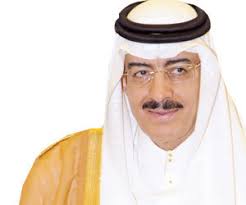 Riyadh, Dhu-AlHijjah 5, 1439, Aug 16, 2018, — Minister of Hajj and Umrah Dr. Mohammed Saleh bin Taher Benten met, separately and respectively, here today with Somali, Libyan and Egyptian Hajj officials Abdulhakim Hassan Ibrahim, Acting Minister of Endowments and Religious Affairs; Abbas Abu-Bakr Al-Qadhi, Head of Libyan Hajj Office and Omer Al-Khattab Marwan Abdullah, Minister of the House Representatives Affairs, in his capacity as the head of Hajj mission.
During the meetings, the minister discussed with them issues related to their countries’ pilgrims.
For their part, they hailed great efforts exerted and facilities provided by the Government of the Custodian of the Two Holy Mosques King Salman bin Abdulaziz Al and HRH the Crown Prince, and their directives aiming at performing Hajj, smoothly and at ease.
— SPA