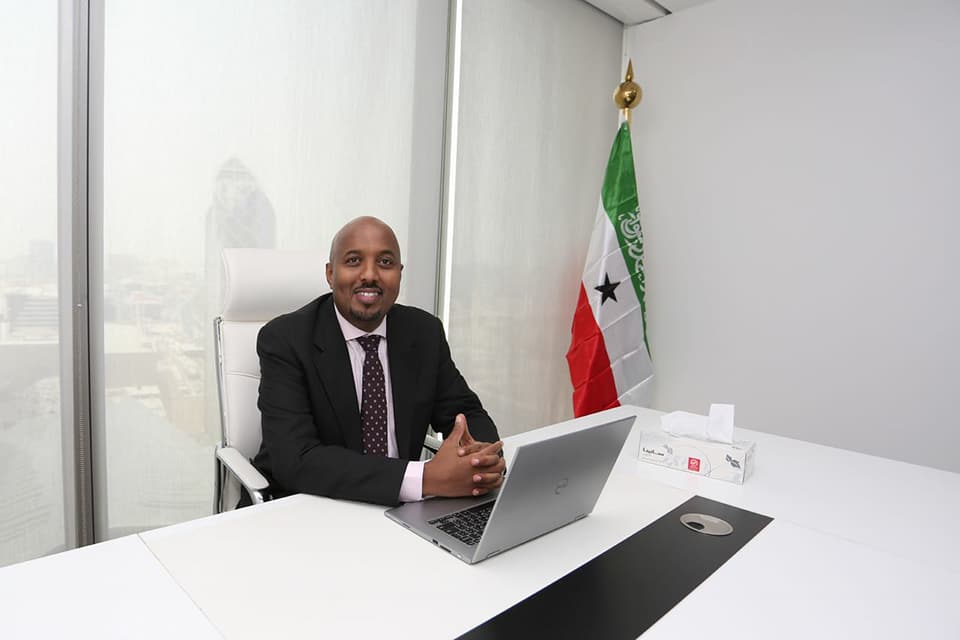 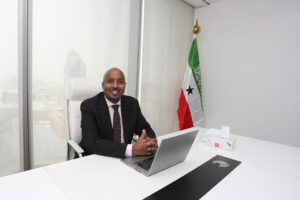 Salutations and congratulations upon being elected as the President of Somaliland.
I am writing to express our most deep concerns in regards to your most recent appointment of Mr. Bashe Awil as the Ambassador of Somaliland to Kenya and effectively replacing H.E. Ambassador Abdillahi Dakar, who unfortunately, has for all intents and purposes been rendered redundant.

Your Excellency, we would like to gently refresh your memory in regard to the absolutely excellent and immeasurable roles that Ambassador Dakar has played, over a long period of time, in advancing/ championing the various political interests and positions of the great Republic of Somaliland.

Ambassador Dakar has to the very best of his ability, efficiently and robustly executed the duties of that esteemed office, for almost three years, with little or almost no official support. Suffice to note that Mr. Dakar had literally set up that embassy from scratch to the shining light that it is at the moment.

As you or your good office might be aware, Ambassador Dakar facilitated the historic visit of the former President of Somaliland, the Late Mohamed Egal, to Kenya in 1994, during which the Late President managed to meet very key government officials in the Government of Kenya (at the time led by Mr. Daniel Arap Moi). This visit also opened doors for Somaliland in regards to various UN and other key stakeholders in the development sector, who were mostly stationed in Nairobi. We can’t emphasize the significance of that visit that undoubtedly opened doors for the Egal government (and of course by extension the Country).

Relatedly to the above, Mr. Dakar, also facilitated the historic visit of the Rt. Hon. Raila Odinga (Kenya’s former Prime Minister), to Hargeisa, in 1997 (he was the Minister of Roads and Works at the time). This was the first official visit, by a member of the government of any foreign country.
Since he was appointed as the ambassador of Somaliland to Kenya, by the regime of the former President Ahmed Silanyo in January 2016, he established the first office of the embassy of Somaliland in Kenya. This office is considered as the most efficient and efficient of ALL the official representations that Somaliland maintains. Accountability of the embassy’s resources has been properly entrenched under his able leadership. Please note that the Somaliland embassy in Nairobi is currently the only office that remits the income from visa fees to the Ministry of Foreign Affairs in Hargeisa.

Further to the above, the good ambassador recently traveled with some of his very important personal contacts within the current Kenyan government, to India. This trip proved very fruitful, as Ambassador Dakar lobbied the Indian Government and thereafter, signed an agreement to provide Somalilanders with visas for education and medical treatment.

Your Excellency, Mr. President, it is our humbled contention that, your esteemed Government should reverse the Decision of appointing Mr. Bashe Awil, who could be useful to your government in other engagements. Ambassador Abdillahi Dakar is without a doubt the most qualified and capable envoy to Kenya, at this juncture in our country’s nascent history, due to his extensive personal connections with both the past and present Kenyan government officials.

Lastly, we humbly but firmly implore your esteemed office to follow established precedence and tradition in regard to the appointment of the holder of the office of ambassador to Kenya. Previous regimes have always appointed an East African Somalilander. This is mainly due to the fact that, such persons are more conversant with the innate workings and terrains of the Kenyan government (which as you are aware is absolutely key, in diplomat terms, within the larger Eastern Africa) and secondly an appreciation and acknowledgement of the immense contribution of the East African Somalilander community to the prosperity of the Republic of Somaliland.