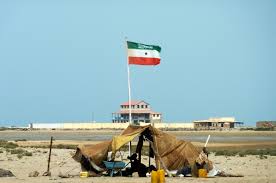 In a region long beset by political strife and interstate rivalries, Somaliland stands out as a beacon of hope in the Horn of Africa. It remains stable, relatively democratic, and broadly functional.

Unlike neighbouring Somalia, from which it declared unilateral independence in 1991, Somaliland received little of the international aid and support that post-conflict zones typically attract.

Instead, argues Dr Sarah Phillips in When There Was No Aid: War and Peace in Somaliland (Cornell University Press, 2020), the lack of external intervention meant that the country was able to fashion innovative models blending Western governance with local customs.

Somaliland provides a rare example of peacebuilding without international involvement. What does the Somaliland experience tell us about the (in)effectiveness of international assistance in advancing peace and development? What has contributed to its relative stability? And what lessons can be drawn from the role that women can play in solving intractable conflicts?

Richard Iron is joined by Dr Sarah Phillips to explore the role of war in peace, the limitations of international responses to peacebuilding, and the importance of local discourse in building and maintaining peace.

Dr Sarah Phillips is an Associate Professor in international security and development at The University of Sydney. Her research draws on in-depth fieldwork, and focuses on international intervention in the global south, knowledge production in conflict-affected states, state-building, and non-state governance, with a geographic focus on the Arabian Peninsula and Horn of Africa. Sarah is the author of three books and is published widely in top-tiered academic journals, including International Studies Quarterly, the European Journal of International Relations, African Affairs, Foreign Affairs, and International Affairs. Sarah has been awarded a number of prestigious competitive grants, including three from the Australian Research Council (one examining state-formation and external finance in Somalia/Somaliland, another on the organisational dynamics of maritime pirate organisations and, most recently, a project that will explore perceptions of terrorist groups in conflict-affected states).

Richard Iron CMG OBE served in the British Army in Northern Ireland, the Falkland Islands, Oman, the Balkans, Sierra Leone and Iraq. He was a visiting fellow at the Changing Character of War programme at the University of Oxford and was lead editor of British Generals in Blair’s Wars.