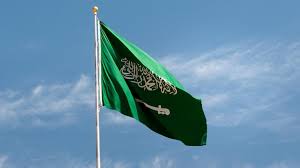 Cairo, Feb 8, 2019, SPA — Speaker of Arab Parliament, Dr. Mishaal bin Fahm Al-Salami has highly praised the positions of the Kingdom of Saudi Arabia under the leadership of the Custodian of the Two Holy Mosques King Salman bin Abdulaziz Al Saud who is the President of the current Arab Summit and HRH the Crown Prince.
Dr. Al-Salami said today in a statement on the occasion of the Arab Parliament’s Conference on “High-level Arab Leaders for Promoting Solidarity & Facing Challenges”, to be held tomorrow at the Arab League, that the Kingdom has demonstrated its keenness and commitment to the security, safety and sovereignty of Arab countries and to raise the level of solidarity and cooperation with Arab countries to the highest levels officially and popularly through a strong and well-established Arab partnership that serves the interests of the Arab nation, preserves its national security and addresses all those who seek to undermine the sovereignty of the nation’s countries and slanders the security and stability of them.