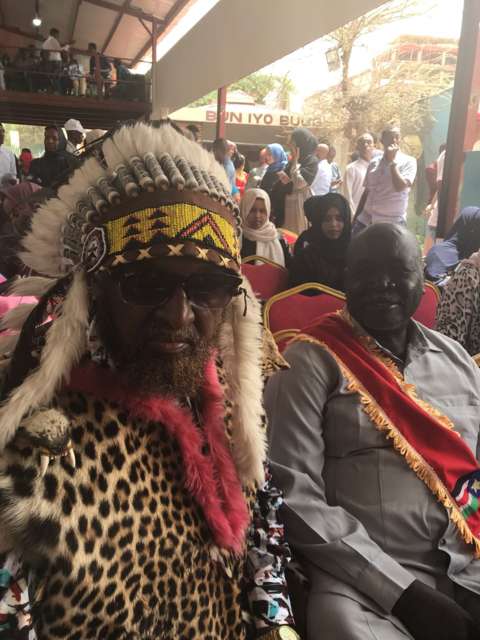 Royalty have been showing up for this year’s Hargeisa International Book Fair in the self-declared state of Somaliland.

The BBC’s Mary Harper snapped this shot of a king and a chief attending the event, one of the largest celebrations of literature and the arts in East Africa:

The monarch in the headdress is Ahmed Iman Warsame, King of the Gaboye. Our reporter says the Gaboye are a much-despised minority clan in Somalia.

His business card says he is “King of the Horn of Africa” – which may be a bit of an exaggeration!

Next to him, wearing a sash, is Chief Abakar Salatin, from northern Bahr el Ghazal in South Sudan.

They have been invited to the literary gathering to compare and contrast South Sudanese and Somali royalty.