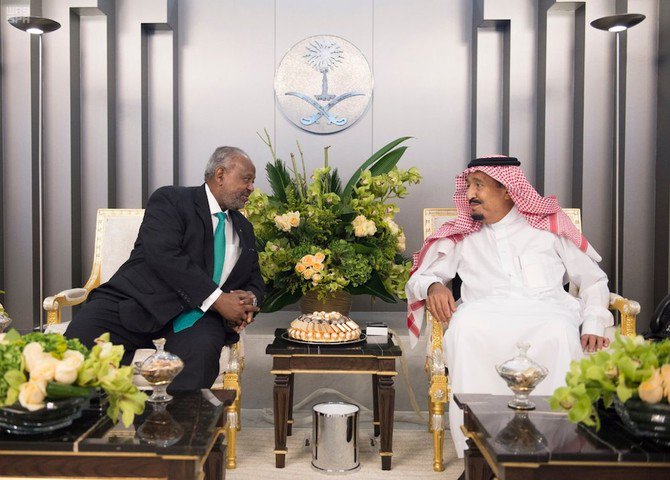 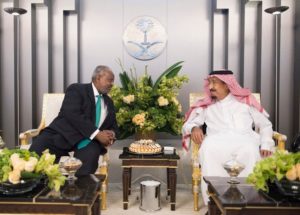 JEDDAH: King Salman held talks with the president of Djibouti on Monday, the day after he oversaw the signing of a peace agreement between Eritrea and Ethiopia.

Djibouti, the small but highly strategic nation, is located on the Horn of Africa at the entrance to the Red Sea, and borders both Eritrea and Ethiopia.

President Ismail Omar Guelleh held a session of talks with the King in Jeddah.

The peace deal between Eritrea and Ethiopia brought an end to decades of hostilities between the two countries.

The signing ceremony was overseen by King Salman and attended by UN Secretary General Antonio Guterres.