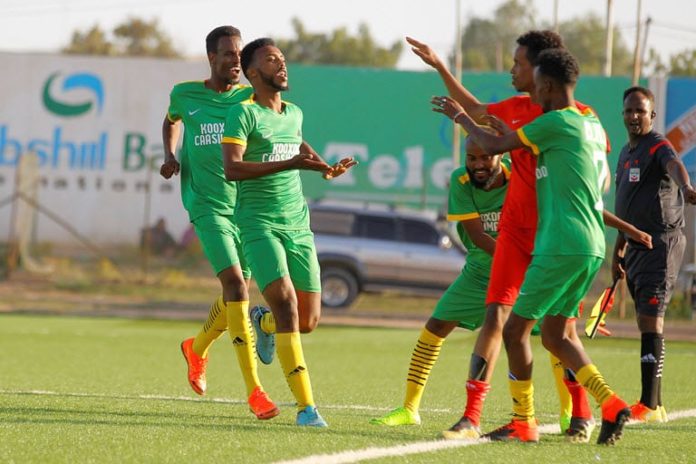 Kenya’s Sindo United went down 3-1 to Somaliland’s Hargeisa Municipality side in a friendly match played at the Hargeisa National Stadium Saturday evening.

Somalilanders thronged the stadium to watch Sindo, a Division Two Kenyan side that became the first ever foreign football club to play in Somaliland, a country that is not recognized internationally.

AbdulWahab Mujahid scored the lone goal for the Kenyan side but they were overwhelmed by the Somalilanders who had Fathi Naja scoring a hat-trick.

“This football friendly is the first of many to come. We are working in a sports tourism strategy,” he added.

Sindo United, a second division of the formidable Kenya soccer scene, arrived Friday and was welcomed to the country by the Republic of Somaliland Minister of Sports and Liban Yussuf Gahnug, the Vice Minister of Foreign Affairs and International relations along with a posse of other top officials.

Somaliland separated from Somalia in 1990 when the war broke out in the latter and has since declared its independence. But the country remains unrecognized internationally. Somaliland has no football league, they annually hold tournaments sponsored by local corporates.

Hargeisa Municipality side who played Sindo United on Saturday is considered the best in the country. But due to lack of affiliation to international federations, the country has no national side.

“This friendly has opened our eyes. We will work towards building a national team from this,” Somaliland sports minister  Boos Mire said.