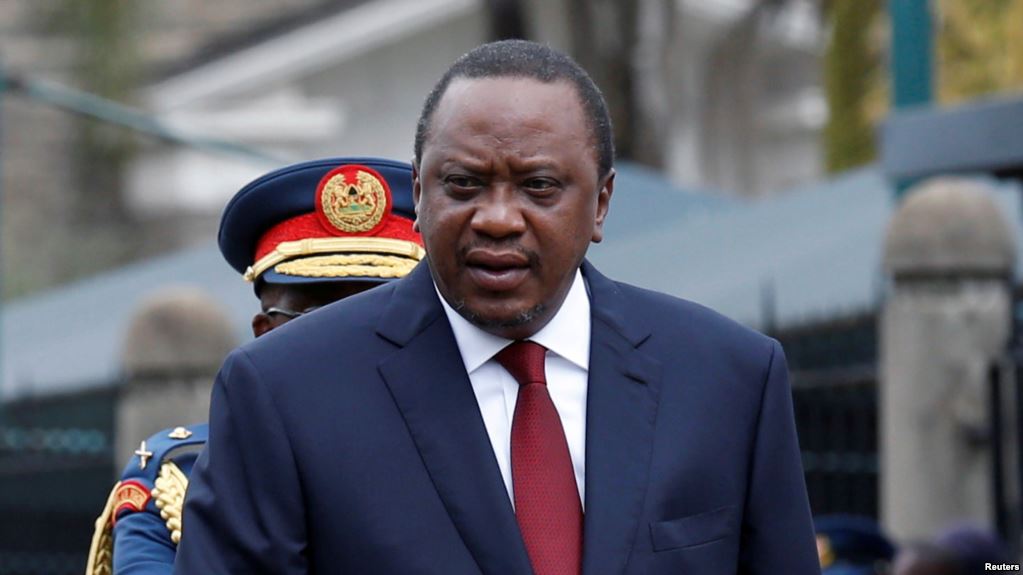 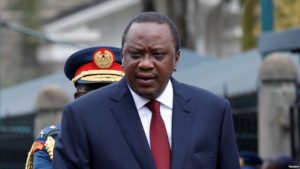 WASHINGTON — Kenyan President Uhuru Kenyatta says his meeting Monday with U.S. President Donald Trump at the White House will focus on trade and security issues. In a wide-ranging interview with Esther Githui Ewart of VOA’s English to Africa service, Kenyatta said he believes his own country can attain domestic peace and security, after several election cycles marred by violence and disputes about the results. He also addressed efforts to bring stability to South Sudan, Ethiopia and Somalia. The following is an edited transcript of his remarks.

EWART: “Let’s talk about your meeting with President Donald Trump on Monday. This is a first for an East African president. He has just met a handful presidents from Africa. What are the talks going to be centered on?”

KENYATTA: “Well, the talks will largely be centered on our security cooperation, but more importantly on how to boost our trade and investment. Given the fact that the United States is one of our biggest trading partners, we have had a long, solid foundation of partnership that stretches back all the way back to our independence, and I think our objective is to see how we can strengthen that, how we can deepen that for the mutual benefit of our two countries.

EWART: “Of course a good climate for investment is key, and I’m wondering about your handshake with your former opponent Raila Odinga. Is this going to hold? Because what we saw before when there was no peace, no bridges being built, there was a lot of chaos, a lot of violence, and that put away a lot of investors and lack of confidence in that.”

KENYATTA: “Indeed I am, because I am committed, and I believe that my partner in this endeavor Raila Odinga is also equally committed. With the recognition that politics is just about opposing ideas, it’s not about anonymity. We all, after all, belong to one nation, one country, Kenya, we are all one people and it is not in the interest of any one of us to allow political differences to cause a disintegration of our country.

“And therefore the onus is on us to really say that how can we ensure we create a political environment that encourages strong political discourse, that encourages positive criticism, that encourages political competition, but not at the expense of the unity of the country. So we are committed to seeing how we can work together, especially to ensure that we unite our people, so that ideas give way – I mean, individuals give way to ideas and create an environment where we have stability and predictability in our political life, so that we move away from this issue of five year cycles, where every five years the whole country grinds to a halt as they wait to see what outcome it has.

“Because what happens in that situation? First and foremost you lose a year prior to the election. We have economic slowdown, you have people saying, ‘Let’s wait and see.’ Then you have the following year, where the government starts to set up again and start a whole new process. So basically every 10 years you almost lose two, two and a half years because of political uncertainty.

“We want to create political certainty. We want people to understand that governments will always come and go, but Kenya will remain. And that policies may change, but stability will always be there.”

EWART: “We’ve seen South Sudan ink deals about peace in that country which never took place. Now they just inked another deal. Do you feel confident that this time around there will be peace in South Sudan and that’s President Salva Kiir and his former deputy Riek Machar will hold the country together?”

KENYATTA: “It is impossible for me to say that I believe it will or it will not. But what I can say is that we are committed to working together with our regional brothers and sisters to ensure that peace and stability returns to South Sudan. And we will try anything that will achieve that, because for most of us in the region our greatest concern is not about the leadership of the country but to ensure that the people of South Sudan, who have had to endure untold suffering for many years, after struggling to achieve their independence, are able to achieve the fruits that they struggled for.

“… We will try everything and we must therefore put hope and faith and continue to put pressure on the leadership of South Sudan from all sides, that it is their ultimate responsibility to ensure they come together and find a framework that works to restore peace and stability and ultimately human dignity to the people of South Sudan.”

EWART: “We have a new prime minister in Ethiopia, Abiy Ahmed, and he has made quite some sweeping changes in the country trying to bring the country together, opening democratic space in that country, reaching out to a long time enemy, Eritrea. You’ve met with Prime Minister Abiy. What does he expect from regional leaders like you?”

KENYATTA: “I think what he expects is our support and I have committed to give Kenya’s total support. I believe that he has a vision for his country and he has a vision for the region as well. And I intend to work very closely with him to establish that. We are very happy with the situation as we see it … the rapprochement of power between Ethiopia and Eritrea. All this works for peace in our region. All this works for stability in our region and for us to be able as a region to focus not on insecurity or wars but rather to focus on economic growth and prosperity of our people.

“… I look forward to working together with Abiy as a partner to be able to achieve that objective. I wish him well. I continue to say I am strongly in support of what he’s doing together with his other colleagues in Ethiopia to help achieve this dream for us all.”

EWART: “With regards to Somalia, you had to deal with Al-Shabab militants having attacked Kenya, decimating people, creating a lot of chaos and there have been some calls within the Kenyan legislators asking that you pull out of Somalia. Is that something that is likely to happen? How is that war against terrorism especially looking at those militants going on?”

KENYATTA: “… We all are hopeful that we all shall be able to pull out of Somalia in the shortest possible time. That we will be able to work together with the federal government of Somalia to be able to strengthen them, that they are able to take care of the security concerns within their own country, and so that we can pull back to our borders and reduce the costs that we are currently bearing and be able to focus that on other more productive areas.

“So until we’re in such a situation it is impossible for us to say when the withdrawal date shall be. The withdrawal date is based on us being able to defeat Al-Shabab, on the Somali people being able to establish strong, solid security structures, a national army and good administrative structures that will then ensure that they are capable of handling their own affairs.”

“I think that should be the focus as opposed to when people withdraw, because we can’t say we’re going to withdraw and leave a vacuum. There must be something to replace that vacuum and a withdrawal date should be tied towards a scenario where the people of Somalia have themselves been able to establish and to take care of the security concerns in their country as well as the administrative foundations that they shall need to build a strong and stable Somalia.”