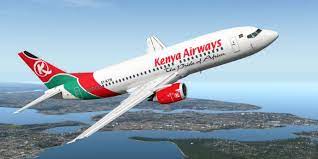 In a statement released by the government of Kenya, the two heads of state resolved that direct flights to Somaliland will also involve other Kenyan carriers apart from Kenya Airways.

“To effect the commitment made, Kenya Airways and other Kenyan airlines to will commence direct flights between Nairobi and Hargeisa by end of March, 2021,” said a statement from State House, Nairobi.

Plans by Kenya Airways to start direct flight to Hargeisa comes at a time Somaliland president Musa Bihi’s official state visit to Kenya has angered Somalia who claims that Somaliland has no legitimacy to deal directly with Kenya.

Somalia had earlier announced it is cutting diplomatic ties with Kenya, in the latest escalation of a spat between the two, and following the invitation of Somaliland leader Muse Bihi to Nairobi.

Kenya Airways suspends Paris and Amsterdam flights as demand dwindles
KENYA – National carrier Kenya Airways (KQ) has temporarily suspended its flights to France and the Netherlands following new Covid-19 regulations in Europe which have lowered demand. The suspension of…