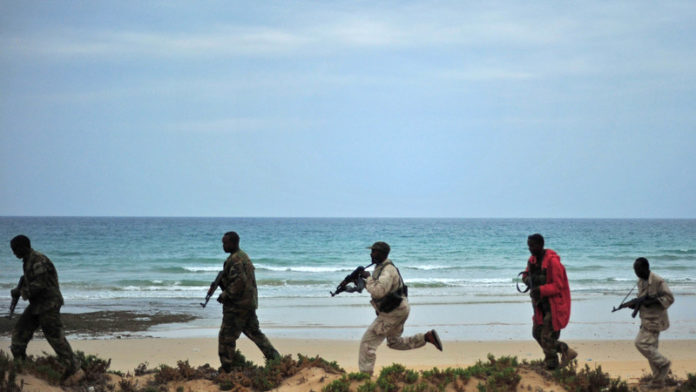 Nairobi — Last week, amid protests, the Somali government convened a public meeting at Claridge’s hotel in London to begin the long process of opening up southern parts of the nation for offshore oil drilling with support from Spectrum Geo, a Norwegian seismic data processing company.

Opposition parties and members of the Upper House say although Somalia could benefit from the investment through licensing for drilling and any resources discovered, the government should not be taking the steps to exploit Somalia’s potential for oil and gas at this time. They say the Constitution isn’t ready and the administration is too corrupt.

The minister of petroleum did not respond to questions sent by the Mail & Guardian, and the government has been largely reticent in the face of sustained criticism.

Senator Ilyas Ali Hassan, the chairperson of the national resource, infrastructure and transport committee, put out a four-point statement from the Upper House that contends the administration’s move is a “breach of the laws of the country”. The Somali Constitution, drafted in 2012, is still a provisional one and key articles, including exploration and the division of revenue from natural resources, are not clarified or ratified.

Most keenly, Article 44, written to address national natural resources, is a single sentence that reads: “The allocation of the natural resources of the Federal Republic of Somalia shall be negotiated by, and agreed upon, by the Federal Government and the Federal Member States in accordance with this Constitution.”

Politicians such as Hassan as well as analysts and citizens say that because no negotiations and agreements have taken place, going ahead with the conference is too hasty.

“Until open and transparent contracting systems and revenue sharing agreements are implemented, the FGS [Federal Government of Somalia] has to stop the deals behind closed doors and open up how it awards contracts of oil deals,” Abdirahman Abdishakur, an opposition party leader wrote in a WhatsApp message to the M&G.

The government’s framing of the London event has indeed evolved, but the purpose has not.
In mid-November 2018, at Africa Oil Week in South Africa, the director general of Somalia’s ministry of petroleum said in a televised interview that the event in London would be the first of bidding or licensing rounds for blocks of land in Somalia for exploration.

Then, weeks before, the meeting was portrayed as an open event at which macro-level results of the seismic data testing by Spectrum would be shared, at which point clients including oil companies, exploration managers and academics could bid to buy access to more detailed information about offshore blocks.

Although licensing bids to explore blocks has yet to begin, the Somali government and Spectrum will make a sum from any of the data sold. Public concerns are not assuaged.

Liban Farah, a Somali activist with the organisation Barkinka, said: “Tender protocol has been announced, the fiscal concepts published; what’s left is the expressions of interest (after viewing the data). The whole point of the conference in London was to invite the bidding and the timelines are already set.”

Even with the added explanation, the two-day meeting was described as “highly politicised”, and dozens of Somalis who live in London demonstrated outside the hotel.

Abdi Addow,who calls himself an “active citizen” and is the founder of the crisis-mapping platform Abaaraha, told the M&G: “The whole issue is very sensitive and the government could avoid creating mistrust and confusion by being transparent, engaging the public, developing policies and creating space for different opinion[s].”

Many believe the government is pushing ahead because the politicians need quick cash before the 2020 elections.

Videos from the event were leaked on social media. In one filmed segment a woman interrupts a speaker, saying: “This is a criminal government. You are prompting war in our country.” After a tussle she says: “I am telling you, this will never work.”

Abukar Arman, a former diplomat and analyst, said: “Since federal states and public opinion are clearly against it, this is tantamount to selling illegally acquired properties at an auction in the flea market of exploitation. No transparency, no expert appraisal, and no checks and balances. This shady enterprise is likely to cause bloodshed.”

According to Farah, “the single most immediate concern is that this event will entirely derail any future prospects of Somalia ever recovering from the deep-coma paralysis of corrupt abuse of power, compounded by abject disregard for any social contracts.

He added: “The international community is overseeing this and they are [a] big part of the problem.”