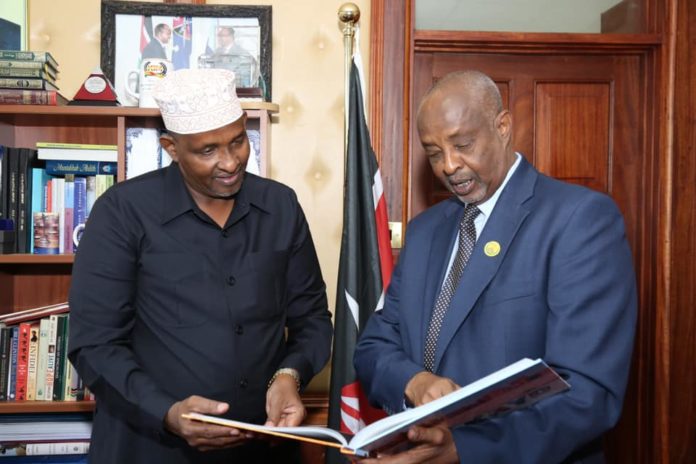 Somaliland has rejected the notion of taking advantage of the strained relations between Kenya and Somalia. This was disclosed by the country’s minister of interior, Hon. Mohamed Kahin Ahmed who is leading a high powered delegation off to Kenya on official working visit. The minister has repudiated the doctrine saying that Somaliland is looking for ways to exploit the frost ties between the two neighboring countries. Mr. Kahin has said it is up to the two countries to settle their differences by peaceful means.

The interior minister has leveled allegations saying that Somalia has no clear policy towards living in peace and stability with neighbors. Mr. Mohamed went on to say that Somalia does not extend a helping hand to Kenya but it is the Kenyan government which is assisting its neighbor. Mr. Kahin has criticized Somalia’s foreign policy and added that the current conflict is two horse race between the two countries.

Therefore, he called upon that the duty of resolving their political conflict is up to them. The minister made the above remarks during an interview with Voice of America.