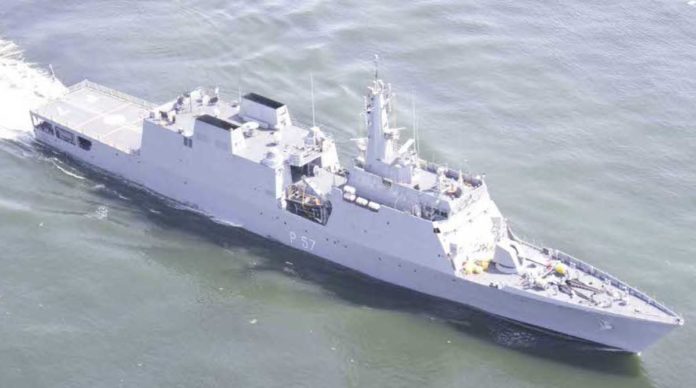 An Indian Navy ship deployed for anti-piracy operations in the Gulf of Aden, made a second arms seizure in six days from a fishing vessel off the coast of Somalia, a defence official said here on Friday.

Indian Navy personnel boarded the ship and seized an arms cache of five rifles, including an AK-47, and 471 rounds of ammunition.

Last Saturday, INS Sunayna had similarly investigated another suspicious fishing vessel around 25 km off the coast of Somalia near Socotra Island and seized four high calibre AK-47s, one light machine gun and ammunition for these weapons.

The previous month, too, INS Sunayna had seized weapons and ammunition from a fishing vessel in the vicinity.

The arms and ammunition were seized under the authority accorded by UNSCR 2383 (2017), said Captain Sharma.

INS Sunayna has been deployed for anti-piracy patrol in the Gulf of Aden since October this year and is part of the Indian Navy’s efforts to ensure safe seas for Indian and international seafarers in the Indian Ocean region.

Global efforts to combat piracy in the east coast of Somalia and Gulf of Aden involves the participation of several countries including India, China, Japan, USA, Russia, Pakistan and European Union nations.