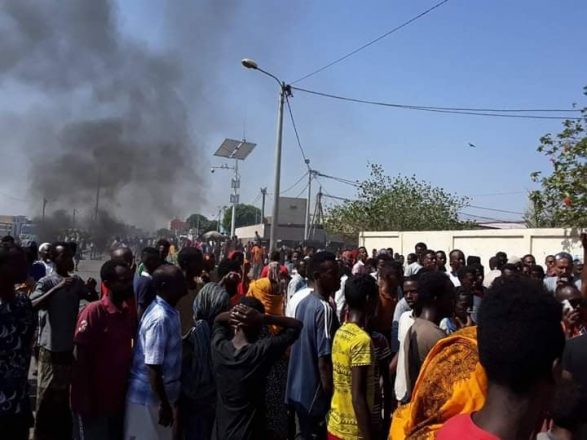 Opposition leaders in Djibouti are condemning the “scorched earth” policies of President Ismaïl Omar Guelleh and his regime, following a second day of street protests on the outskirts of the capital.

Adan Mohamed Abdou, president of the USN alliance covering four opposition groups, said the protests in Arhiba followed the arrest of a member of his Republican Alliance for Development (ARD) party on Thursday.

“After Osman Yonis Bogorreh of the MRD, it is the turn of ARD’s Kako Houmed Kako to be kidnapped in broad daylight on Rue de Venice by the political police,” he said in a statement. “His party comrades, supported by almost all the population of Arhiba where he lives, have massively demonstrated and blocked roads near the city.”

The protesters encountered live ammunition as well as tear gas from security forces, the ARD leader said. Other demonstrations followed in nearby communities, including Tadjoura and Randa. Images shared by ARD on social media showed angry crowds gathered in Randa to demand Kako’s release.

Although the clashes in Djibouti have reportedly subsided, the ARD said they continued at noon Friday, with dozens of protesters injured. Up to 50 people were wounded, with Arhiba’s hospital “awash with victims,” the USN said. It condemned the disproportionate response against civilians.

Protests in Djibouti are rare and restricted, but the police have used excessive force to disperse crowds in the past, according to the monitoring group Civicus. In December 2015, at least 27 people were killed and over 150 injured when security forces shot live bullets into a crowd during a public gathering.