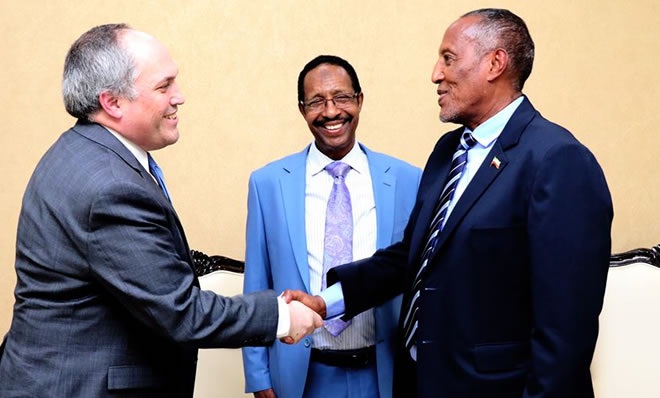 They may be unrecognized internationally and getting minimal or any external support, but Taiwan and Somaliland are seemingly managing the fight against the Coronavirus pandemic better than well-resourced countries.

According to historian Michael Rubin, Taiwan and Somaliland—have outperformed their larger, better-resourced neighbours in combatting the coronavirus pandemic, often while being denied information and resources made available to almost every other country.

In his report, Rubin, a member of American Enterprise Institute and great lobbyist for Somaliland recognition says the World Health Organisation has largely ignored Taiwan and Somaliland yet the two countries have responded to the COVID-19 pandemic more ably than other countries.

“Both against the backdrop of the SARS Outbreak in China and now COVID-19, the World Health Organization largely ignored Taiwan and its 23 million citizens out of diplomatic obsequiousness to Beijing.

“Taiwan, however, has tested, identified, and responded to the pandemic far more ably than the communist authorities in China whose strategy has consistently been to deny and cover-up,” he observes.

He adds” The same pattern is at play with regard to Somaliland and Somalia. Donald Yamamoto, the U.S. Ambassador to Somalia, has sought to channel all aid through Somalia’s deeply-flawed government in order to help build its power.”

Rubin says the logic is both simple and wrong because the US  believes that channelling aid through the Somali government will allow the Somali president and prime minister to consolidate control, not only over Somalia’s six federal states but also within the capital itself where they hold little sway outside their compounds.

“While Somalia has received international assistance, its government has refused to distribute any aid to Somaliland, the unrecognized state that accounts for one-third of Somalia’s total population and has governed itself democratically since 1991.

“Nevertheless, Somaliland has managed to control  the virus’ spread without international assistance but instead has raised $ 15 million from its own tax base.”

This week, the European Union granted Somalia 27 Million Euros in the war against the spread of the pandemic.

But the internationally unrecognized nation of Somaliland will have to push their erstwhile partner to forward 10 million Euros from this according to the EU envoy to Somalia Nicolas Berlanga Martinez.

During his meeting with the Somaliland civil society, Berlanga urged them to probe if Somaliland receives its share of the grant allocations.

But in his report, Rubin says: “Diplomatic recognition or not, governments should only get assistance when they demonstrate the capacity to spend it effectively rather than steal it. It is time to reward good governance rather than throw good money after bad.”

Somaliland government led by President Musa Bihi and the opposition in a press conference last month said the international finance institutions and donors should deal with Somaliland and Somalia separately.

“The World Bank must in all matters, including the recent debt relief it engineered, direct its dealings with both entities as separate countries each of which has a right to benefit what belonged to or emanates from the time of the old now defunct partnership, President Bihi emphasized.

“The World Bank must wake up to the reality that the two countries had nothing to do with one another since 1991. It must deal with each on its own. The debts,” he said, “were incurred when the two were still in the so-called old ‘merger’. The benefits of today, consequently, must go two ways: the Somaliland way and the federal Somalia way.”