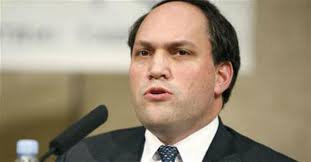 Two unrecognized countries—Taiwan and Somaliland—have outperformed their larger, better-resourced neighbors in combatting the coronavirus pandemic, often while being denied information and resources made available to almost every other country.

Two unrecognized countries—Taiwan and Somaliland—have outperformed their larger, better-resourced neighbors in combatting the coronavirus pandemic, often while being denied information and resources made available to almost every other country.

Both against the backdrop of the SARS outbreak in China and now COVID-19, the World Health Organization largely ignored Taiwan and its 23 million citizens out of diplomatic obsequiousness to Beijing. Taiwan, however, has tested, identified, and responded to the pandemic far more ably than the communist authorities in China whose strategy has consistently been to deny and cover-up. While China acknowledges just over 3,000 coronavirus deaths in Hubei, the true toll is likely exponentially higher. No diplomat, analyst, or journalist should ever trust data from dictators.

The same pattern is at play with regard to Somaliland and Somalia. Donald Yamamoto, the U.S. Ambassador to Somalia, has sought to channel all aid through Somalia’s deeply-flawed government in order to help build its power. His logic is both simple and wrong: He believes that channeling aid through the Somali government will allow the Somali president and prime minister to consolidate control, not only over Somalia’s six federal states, but also within the capital itself where they hold little sway outside their compounds.

Yamamoto’s strategy ignores basic Somali history, however. Consensus academic literature on Somalia shows that infighting over foreign aid accelerated the county’s failure as various clan leaders and powerbrokers sought to convert access to aid into personal power. A mad rush ensued in order to possess and loot whatever any political actor could control or sell. That same dynamic continues today. Transparency International has ranked Somalia as the world’s most corrupt country for the past 16 years. Put another way, investment and aid money is less likely to be stolen or diverted in North Korea, South Sudan, Afghanistan, Venezuela, or Yemen than it is in Somalia.

Somalia should be in good shape. Shortly before the coronavirus crisis hit, the U.S. Congress forgave Somalia’s $1 billion debt to U.S. taxpayers as part of a broader, $5 billion international effort to give the new Somali government a blank slate. Throwing money at Somalia may have made its dysfunction worse, however. The Somali government has certainly put its preference to milk international donors on full display: Finance Minister Abdirahman Duale Beile gave a press conference in Mogadishu on Monday, April 13 in which he said Somalia needed $240 million in additional stimulus because of the pandemic. He said his strategy would be to “beg” the international community for additional funds. He did not mention the case of Mohamud Mohamed Buule, the finance director at the Ministry of Health, who earlier this month apparently absconded with previous funds allocated to address the coronavirus. Mohamed Moalimuu, secretary-general of the Federation of Somali Journalists, reported that the government is also seeking other suspects from the Health Ministry. The mayor of Mogadishu, meanwhile, has accused the government of lying about infection rates.

While Somalia has received international assistance, its government—with the Yamamoto’s support—has refused to distribute any aid to Somaliland, the unrecognized state that accounts for one-third of Somalia’s total population and has governed itself democratically since 1991. Nevertheless, Somaliland, has managed to control the virus’ spread without international assistance but instead has raised $15 million from its own tax base. Fifteen million dollars—carefully allocated and audited—can be far more effective than $240 million or $1 billion in funds from international donors.

There is a lesson here for those both in the international community and State Department who prioritize power over democratic accountability, and believe that money trumps competence. Perhaps its time to recognize that capacity and transparency mean far more than cash. Diplomatic recognition or not, governments should only get assistance when they demonstrate the capacity to spent it effectively rather than steal it. It is time to reward good governance rather than throw good money after bad.

Michael Rubin is a resident scholar at the American Enterprise Institute (AEI). You can follow him on Twitter: @mrubin1971.