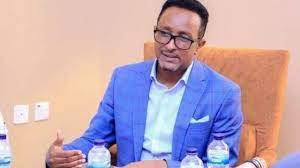 Hargeisa Mayor Mr.Abdikarim Ahmed Moge has announced that the local council is in the process of renovating its 45 schools and the 41 health centres in Hargeisa.
Noting that it was in the JPLG programmes to streamline and fully improve and manage, as per apt standards, both the educational and health sectors, the renovations and additional buildings on facilities across the city is ongoing. He pointed out that incinerating-like pits
have been put in place for medical-related disposals.
The Mayor also said that the cleanliness maintenance of Hargeisa seasonal river will continue in the future.
He revealed that the council has already managed to dispose off, 26600 tons of rubbish and waste pile-ups through major public mobilization campaigns hence have was fruitful with resident volunteers.
He cautioned that sand in Hargeisa river should not be harvested and warned tipper truckers against harvesting sand from the river environs.
Mayor Abdikarim revealed that the council is in the process of opening up closed roads reserves within the central business district of Hargeisa. He also confirmed that tarmacking and re-carpeting of main roads’ surfaces around the city is ongoing and some are about
completed.
The Mayor informed that the cows that used to loiter around Hargeisa City centre have been relocated to Wajale police farm, hence the owners have been amply compensated.
He said the city council intends to plant trees in all boroughs of the city.
Mayor Abdikarim was speaking during his meeting with the senate House committee. He hoped that the newly renovated schools will have the capabilities to compete with established private schools in the city.