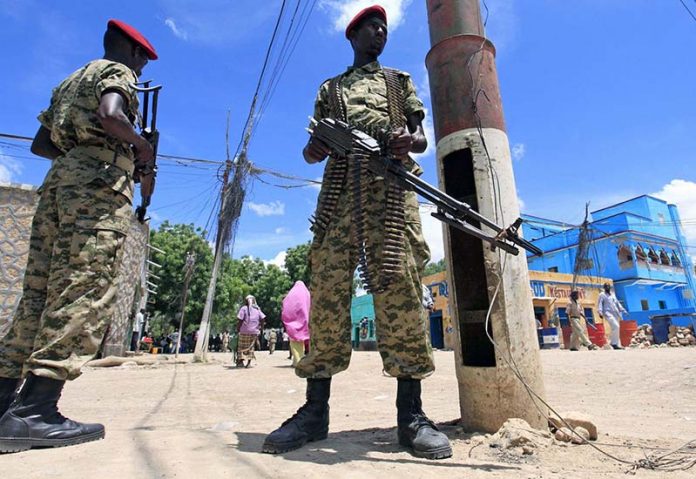 Gunfire erupted outside a presidential compound in the central Somalia town of Baladweyne on Tuesday where Hirshabelle regional president, his deputy and other officials had meeting amid mounting tensions.

Residents described hearing heavy burst of gunfire outside military barracks and the presidential palace in the town where gunfight between regional troops and clan militias allied with parliament candidates lasted for more than an hour.

Initial reports say at two people were killed and more than three others wounded, though exact casualties have not been immediately known.

It followed a rival buildup of troops in the restive town where elections for remaining 11 parliament seats were expected to be held despite concerns over fraud raised by opposition-aligned candidates.

Some of the candidates accused authorities of trying to block them from contesting, in an apparent attempt to rig the votes in favor of the allies of the incumbent President Mohamed Abdullahi Farmajo. Somalia’s presidency and Hirshabelle officials have not yet commented on the allegations.

Last year, region’s Vice President Yusuf Ahmed Hagar said they would not give clan elders an independence to pick candidates they favor and threatened that the administration will meddle in the process to sweep only vetted allies to victory. His comments sparked criticism from local politicians.

Former Minister of Education Abdullahi Godah Barre, in an interview with Universal TV on Monday night, said regional president and his deputy were at the loggerheads over how to ease tensions in Baladweyne, with Hagar insisting on attempts to secure an unchallenged victory for Farmajo loyalists while Gudlawe wants to keep his promise of holding fairly-contested elections.

Gudlawe held an emergency meeting with regional officials and candidates vying for parliament shortly after respite in a gun battle on Tuesday, in a last-ditch effort to soothe tensions and proceed with the conduct of elections scheduled to be completed before March 15.