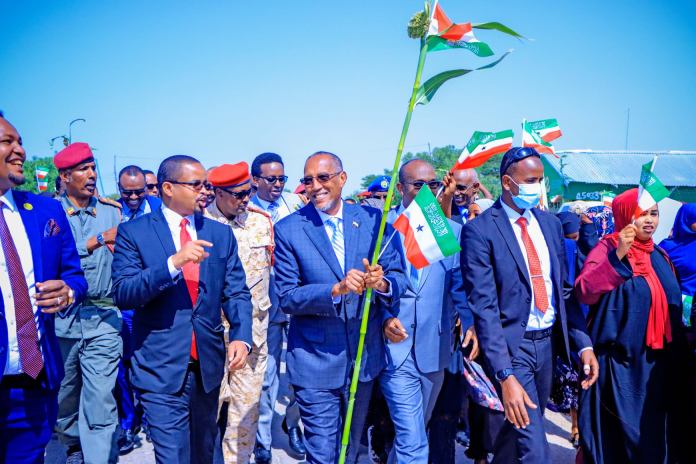 The President of the republic of Somaliland Musa Bihi Abdi on his return to Hargeisa from Borama where he has been for the past couple of days, has clarified government plans to create Free Zone in Gebiley which is 58 km west of the capital Hargeisa.

He received that the construction of Berbera Corridor will soon commence in Gebiley and needs to allocate land for the free zone.

Speaking to the residents, the president reiterated that the government may need the land which will store millions of tons of cargo.

The president is optimistic that the corridor will contribute to the development of the country in the years to come.

He stressed that the project will create employment opportunities for the youth.

Berbera Corridor road upgrading project is funded by Abu Dhabi fund for development will link to the existing modern highway on the Ethiopian side.

President has traveled to the western regions of Somaliland particularly Borama where he attended the graduation ceremony of Amoud University.