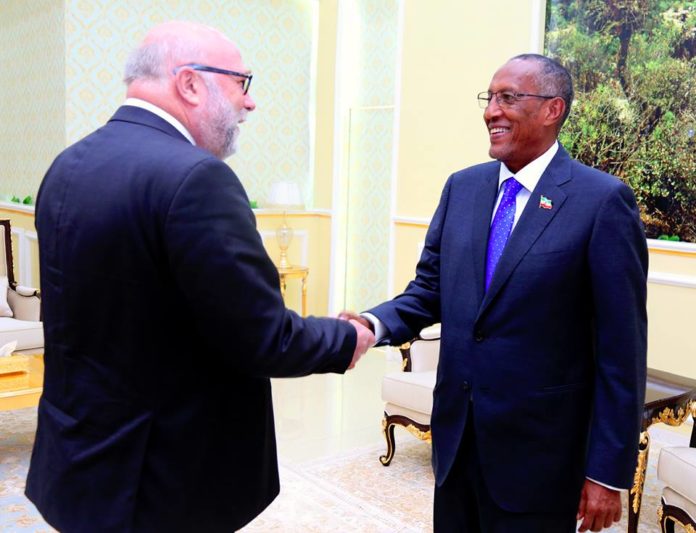 Somaliland President Musa Bihi Abdi has welcomed German Chancellor Angela Merkel’s special representative for Africa, Dr Günter Nooke, who has paid a courtesy call to Somaliland. The President and Special Envoy of German PM to Africa held discussions which focused on wide range of areas including the mutual interest of the two nations and the projects that Germany is carrying out in Somaliland. Germany is playing a huge role in the expansion of Hargeisa water supply system which it has injected into a lot of funds and the construction of roads in Somaliland. President Behi has thanked the special representative’s visit to Somaliland and held in depth discussions centering on the bilateral ties.