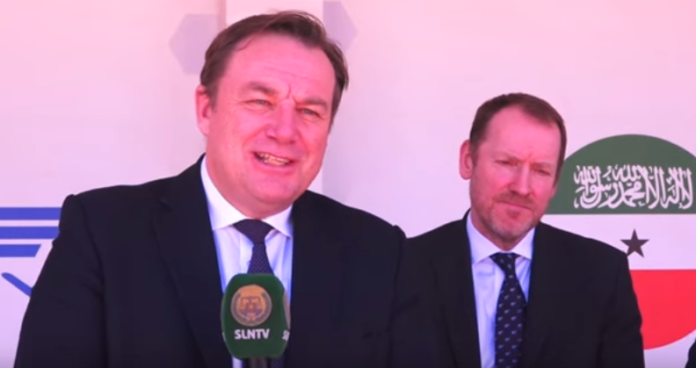 A high-level delegation from Genel Energy Company led by its Chief Tony Howard and other officials arrived in the capital Hargeisa yesterday.

The Director-General of the Ministry of Energy Mr. Mukhtar Mohamed Ali greeted the delegation upon arrival at Egal Airport.

GENEL ENERGY, the British energy production firm set foot in Somaliland in 2012, investing in two large blocks in central Somaliland and assuming operatorship for both blocks.

The purpose of the delegation is to resume oil exploration operations in the east of Somaliland.

Tony said: ” We have been working in Somaliland for nearly ten years. The reason for this visit is that we are at a point where we can move our project.”

CPC Corp, Taiwan (CPC), had signed an agreement with Genel Energy PLC to secure 49 percent working interest of the SL10B13 block in Somaliland.