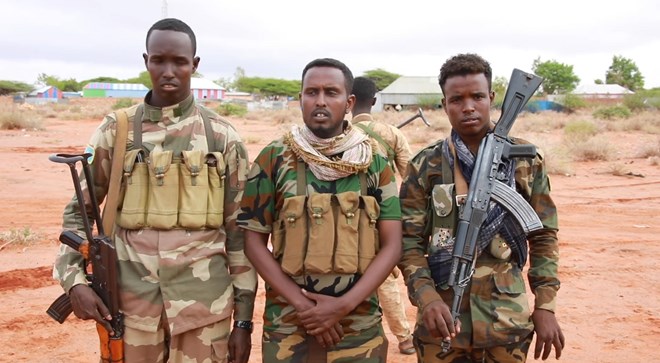 Galmudug information minister Ahmed Shire Falagle told media that fighting broke out on Saturday morning after Ahlu Sunna fighters launched an offensive on positions of the army and regional state forces in the outskirts of Guriel.

The allied forces responding to the raid launched a counter-offensive in which they have retaken complete control of the town, forcing “anti-government” forces to flee to the countryside, he added.

Falagle did not give details on casualties as fighting lasted for hours on Saturday, but claimed that they had captured child soldiers deployed by the Sufi group to the front-line areas.

Ahlu Sunna fighters launched counter-attack hours after the minister’s assertions on Saturday afternoon, triggering fierce gunfight with allied troops in which the Commander of US-trained Danab Special Forces  Abdiladif Fayle and other soldiers were killed, though the exact casualties have not been immediately known.