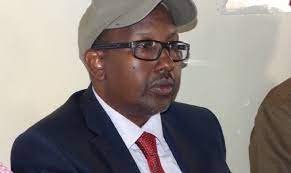 President of Galmudug state Ahmed Qorqor is determined to launch an offensive against Alhlu Sunna group by turning a deaf ears on the fight against Al-Shabab in an attempt to undermine elections, ex-Galmudug security minister Ahmed Moalim Fiqi said on Sunday.

Ahlu Sunna Wal Jama’a fighters took over the towns of Guriel and Mataban in central Somalia early October after gov’t troops had withdrawn. The government and regional authorities have since begun mobilizing for war and hundreds of troops were airlifted.

Fiqi said his resignation last week as the security’s minister came after Qorqor rebuffed his proposal to pursue a peaceful settlement of a dispute with Ahlu Sunna, whose leaders expressed willingness to talk and end differences with regional government.

The former minister alleged that Qorqor is preferring an offensive aimed at flushing out Sufi fighters from the region instead of fighting the Al-Qaeda-aligned militant group of Al shabab, who forces stationed just outside the airport in the region’s capital.

He raised reservations that Galmudug president is “in alliance with Al Shabab” or sympathetic towards the group and stressed that 1000 troops were airlifted in the town of Dhusamareb to participate in the offensive aimed at retaking towns from Ahlu Sunna.

Tensions in the region have forced residents in the town of Guriel to flee their homes last week after Sufi group’s fighters set up defense line outside the town.

An elder in the town said that an assaults’ is imminent and said residents supported the group, who enjoys popular support among locals in some of the towns Galmudug state