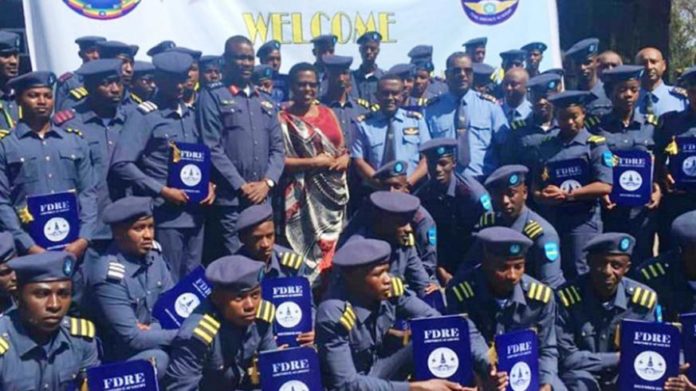 The course that ended on Thursday included seven women. Graduates were taken through various courses specialisation in aviation power plant, airframe, electrical, instruments, and navigation and armament systems, according to the statement from Rwanda Defence Force.

Speaking during the graduation event in Ethiopia, Maj Gen Charles Karamba, the Air Force’s Chief of Staff hailed the partnership between both countries, especially the Defence Headquarters and the Air Force in particular for the support in training Rwandan military personnel.

He said that the training is a result of the two countries’ historical and brotherly cooperation that dates back in the 1990s.

“I want to thank the Air Force Academy for having trained us for two years which is why we are celebrating today,” he said, adding “I also thank the graduates for the job well done, and emphasise that in aviation, the real training happens at work and I believe the acquired skills will benefit us all,”

Rwanda Defence Force and the Ethiopian National Defence Forces enjoy strong bilateral relations, and have over the last 20 years cooperated in areas of engineering, aviation and medicine, according to the statement.