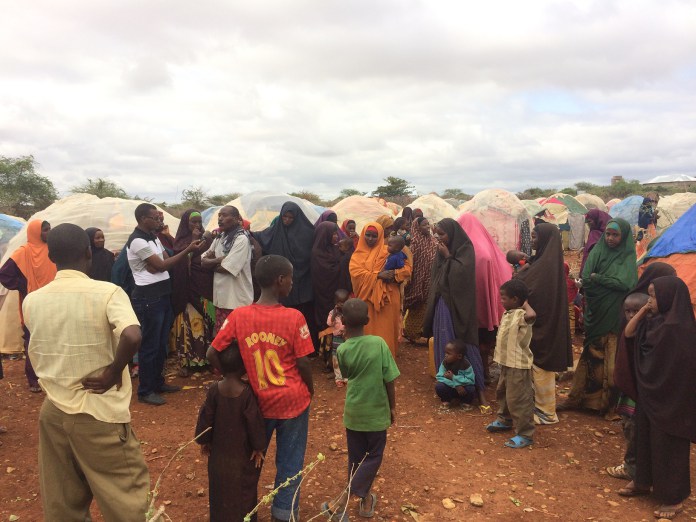 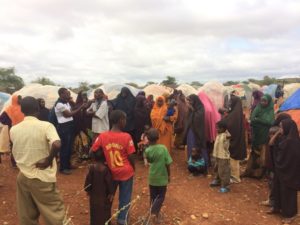 Hundreds of farmers forced to flee their homes and land due to escalating conflict around Balad, in the Middle Shabelle region of southern Somalia, have arrived in the Somali capital, Mogadishu.

Clashes between Somali federal government forces and Al-Shabab forces in Basra, 15 km north of Balad, have led to the recent displacement of around 600 farming families during August.

In the past 10 days, these families have arrived at Nasteho camp in Kahda district on the outskirts of Mogadishu, according to the district commissioner, Mohamed Ismail.

The district commissioner said the only thing the arriving families have been given is shelter, with the help of other IDPs already in the camp. The fresh wave of displacement comes at a critical harvest time in Middle Shabelle.

“These families were displaced just as they were preparing to harvest their farm produce that they planted previously,” Mohamed Ismail told Radio Ergo.

“They were not displaced by drought, they were displaced by conflict. They are all totally impoverished.  Besides the shelters, they are not getting anything.”

Habibo Ali Adan and her children arrived in Nasteho camp on 19 August.  Her husband and two sons ran off in different directions when the conflict broke out near their farm and they are still missing.  Some people told her they were in Sabiid village, 10 km south of Afgooye, but she has had no confirmation.

Habibo and her family owned land and a small grocery stall. She said they have not received any food aid since their arrival, apart from offerings by other IDPs in the camp.  The existing IDP community has given each arriving family a small makeshift house.

She is trying to get laundry jobs in the city and walks there every morning to get work, hoping to earn $5 if she is lucky.

Asho Abdi Isaq, a mother of nine children, lost her husband to the conflict in Basra earlier. She arrived in the camp on 24 August, after walking for three days with her children for a distance of 55 km.  She had no time to collect her belongings or to grab the money she had at home, she told Radio Ergo.

Asho owned a small stall and a six hectare farm. She and her children are eating just one meal a day now in the IDP camp.

Meanwhile, the district commissioner of Balad, Kasim Abdinur Furdug, told Radio Ergo there were other families arriving now in Balad from villages nearby, where they are fleeing in fear of an upsurge in conflict.