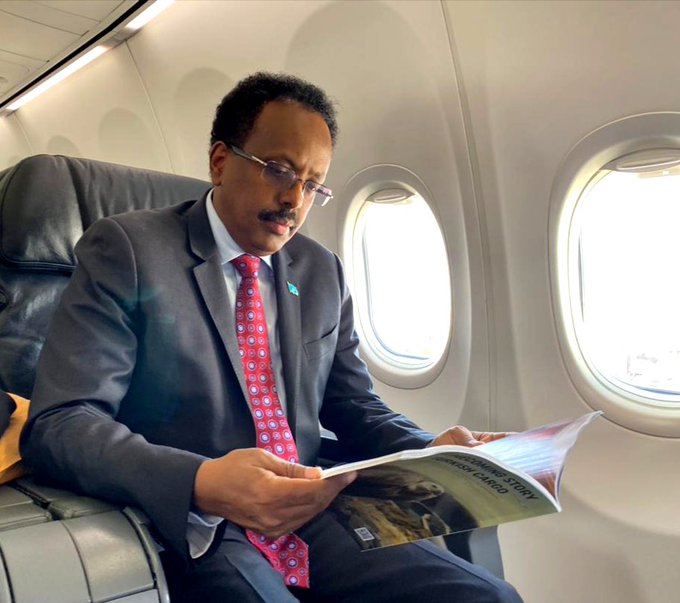 President Mohamed Abdullahi Farmajo travelled to Russia on Monday to participate in the Russia-Africa summit that will be held in Russia’s Sochi on 23-24 October.

The Russia–Africa summit is aimed at strengthening the historically friendly relations between the African continent and the Russian Federation.

This summit carries great significance as it is the first of its kind to emerge during a period of major global and international transformations. In response to the aspirations of the people it is representing, the summit intends to build a comprehensive framework for expanding Russian–African relations into broader horizons of joint cooperation across different fields.

The African nations and Russia share a common understanding of international relations, based on the principles of respect for the rule of international law, equality, non-interference in the internal affairs of states, and the peaceful resolution of disputes.

Both sides affirm their commitment to support multilateral actions to oppose new international threats, be they terrorism and extremism in all their forms, or declining growth rates.

The two sides share a firm conviction regarding the importance of developing trade flows and supporting mutual investment in such a way as to ensure security, peace and development for the African and Russian people.

African countries have huge potential and opportunities that will allow them, once efforts to streamline their economies have been achieved, to emerge as real global players.

In recent years, the nations of Africa continent have achieved major successes spanning the political, economic, social and administrative spheres.