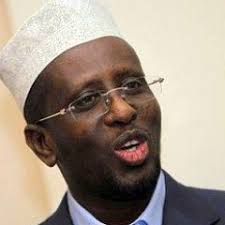 Ex-Somali president Sharif Sheikh Ahmed has sent another warning to the Federal govt leaders and the speakers of the two houses of parliament against any move to delay the upcoming 2020-2021 elections or extend the term of the president and the parliament.

President Sharif accused the speakers of the two houses of parliament of violating the provisional constitution after they delayed the appearance of the electoral commission in the parliament for a month.

Sheikh Sharif said: “We warn against any attempt to delay the national election and extend the mandate of the constitutional bodies and that of the national leaders.

He further added that the gov’t has failed in its mandate to hold for one person one vote free and fair elections.

He said the Federal gov’t will be held accountable for the consequences of any attempt of extension.

Several opposition leaders have previously warned against term extension for President Mohamed Abdilahi Farmajo and the parliament, and accused the gov’t leaders of working to delay.

Sheikh Sharif Sheikh Ahmed who heads the National Parties Coalition that brings together several political parties has been a fierce critic to the current regime.