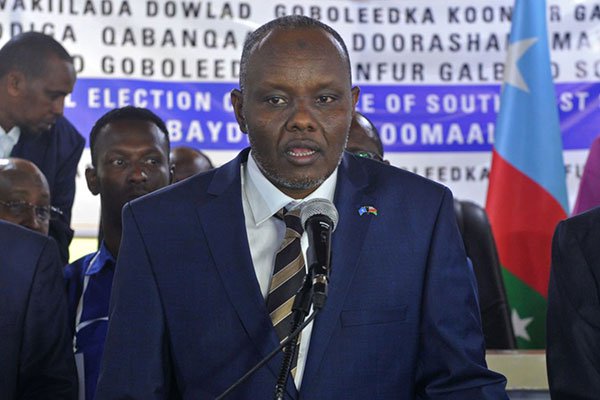 A candidate supported by Somalia’s UN-backed government has been elected the president of the South West regional state amid a controversial campaign.

He defeated four candidates – although the favourite to win, former al-Shabab spokesman Mukhtar Robow, was disqualified from running last week.

In a live broadcast by the Somali National Television, an official said Mr Mohamed had won with 101 votes out of a total of 147.

Mr Robow, who defected from the jihadist group last year, was arrested on December 13 as the authorities considered him a security threat.

He remains in detention in the capital, Mogadishu.

The arrest triggered deadly street protests in Baidoa, which hosts an African Union force base.