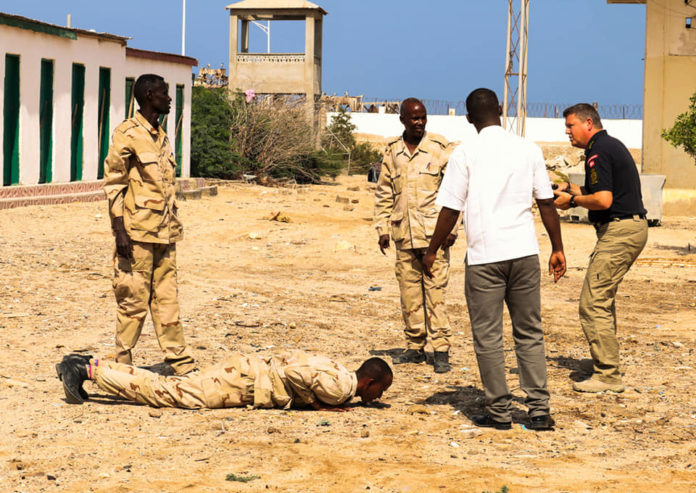 The EUCAP Field Office in Hargeisa, Somaliland, has a total of fourteen European Mission Members who come from Denmark, Finland, Ireland, Italy, Lithuania, the Netherlands, Sweden and Romania, and eight Somali Mission Members, who work as a team to build
relationships with and deliver capacity support to partners from Somaliland Government institutions.
The Field Office works closely with the Somaliland Coast Guard (SLCG) to provide programs that build the capabilities and the skills needed to protect the coast of Somaliland and
increase maritime security. Strategic Advisers and Coast Guard Advisers from the office deliver training in both Hargeisa and the coastal town of Berbera, where EUCAP has a
permanent presence, on practical and theoretical maritime law enforcement, including the
prevention and suppression of trafficking and smuggling (PSTS).

In 2018 EUCAP partnered with the Ministry of Foreign Affairs of the Swedish Government who, under a “Swedish Boat Project” donated new search and rescue (SAR) fast boats to
the Coast Guard and facilitated Swedish Coast Guard experts to deliver trainings on search and rescue, boat handling, communication and navigation.
EUCAP in Hargeisa also has a strong relationship with the Ministry of
Interior, which is the line Ministry for the Somaliland Coast Guard, and supports the sub-working group meetings on Maritime Security by acting as a secretariat for the
group, providing assistance on the development of concept notes and project development of the working group.
Alongside its maritime work, EUCAP Field Office in Hargeisa works directly with the Somaliland Attorney General Office, conducting joint law enforcement trainings for police, prosecutors, lawyers and judges as well as for the Somaliland Coast Guard.
As part of this rule of law support, EUCAP assisted the Attorney General’s Office to finalise the Somaliland Coast Guard Law, supporting a Drafting Committee which was made up of
representatives from the Ministry of Interior, the Ministry of Justice and Judicial Affairs, the Law Reform Commission and the Counter-Piracy Coordination Office.

As a result in March 2017, the Somaliland Coast Guard Law was passed by the Somaliland
Cabinet of Ministers, and signed by the president of Somaliland in
December 2018.
After all the hard work supporting partners in Somaliland, EUCAP staff wind-down at the end of the day in the gym, playing weekly volley-ball matches and table tennis, and also hold weekly staff BBQs in the compound. 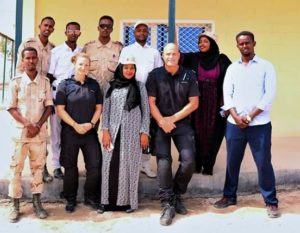 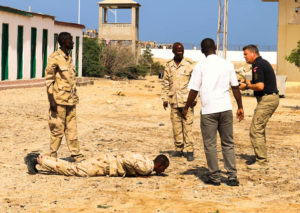 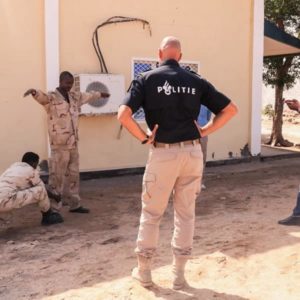