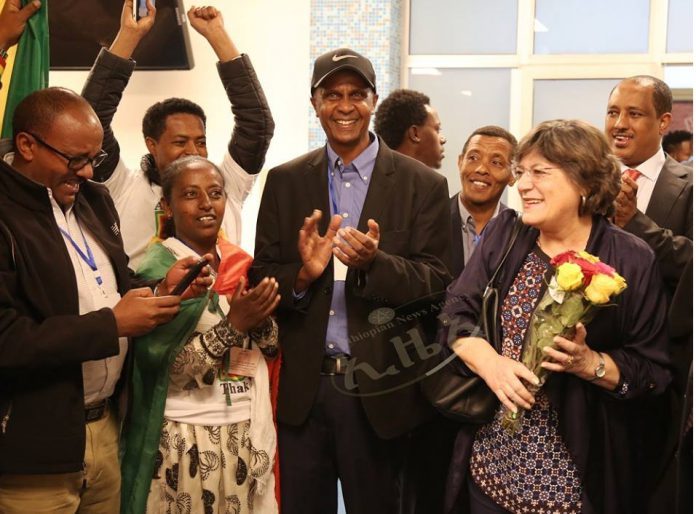 Addis Ababa February 16/2019The Portuguese member of the European Union (EU) Parliament closely attached to the politics of Ethiopia, Ana Gomez, has arrived in Addis Ababa early this morning.

She was welcomed by Patriots-Guenbot 7 Chairman, Berhanu Nega, and other celebrities at Bole International Airport.

Ana Gomez had bitter relationship with the incumbent party, the Ethiopian Peoples’ Revolutionary Democratic Front (EPRDF), due to her critical comments after the May 2005 disputed elections.

Speaking to journalists upon her arrival, Gomez appreciated the ongoing sweeping reforms underway in the country under the leadership of Prime Minster Abiy Ahmed.

She added that the release of political  and other prisoners is commendable.

The EU MP revealed that she will leave the parliament at the end of this year, pledging to share her experience in the process of building democracy to Ethiopia.

Gomez is scheduled to meet with Ethiopian government officials and civic societies, it was learned.