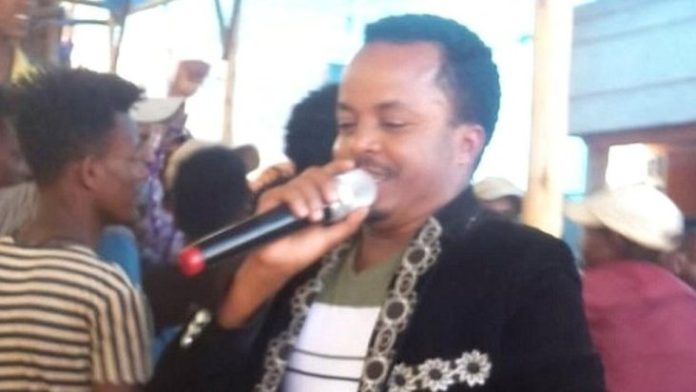 ADDIS ABABA, Ethiopia–An Ethiopian singer Dadhi Gelan has been accidentally shot celebratory gunfire at the opening of a hotel.

He was struck by a stray bullet while performing at the event in the small town of Ashufe, in the Oromia region.

His body was taken to a nearby hospital for examination.

Commenting about his last hours, fellow artist and friend and fellow Tufa Wodajo said: ”Prior to his death Dadhi warned me, saying: ‘Be careful, you might get hit by a bullet’.”

He lamented: ”While performing a single song, everybody was firing. At least 50 or 60 live rounds were being fired per song. And those who were firing escaped after they saw he [Dadhi Gelan] was hit.”

It is a tradition that goes back to decades for people to fire rounds during moments of celebration and mourning.