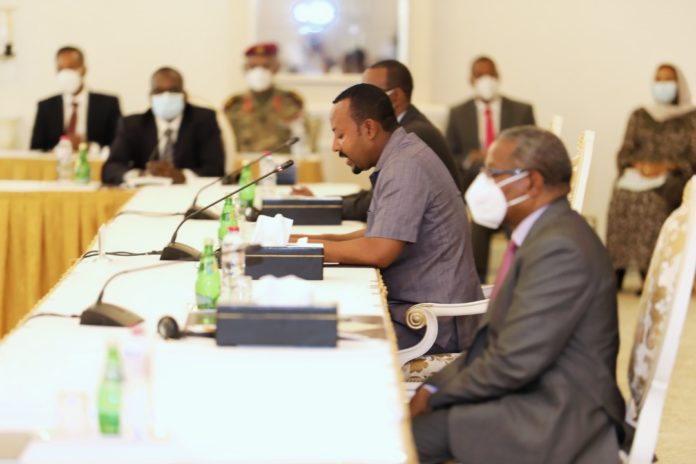 Prime Minister Dr Abiy Ahmed reiterated the value of peace and reconciliation in the Horn region as the foundation for regional integration.

He made the remark during a consultation summit held between President Abdullahi Mohamed Farmaajo of Somalia and Somaliland leader Muse Bihi in Djibouti today.

The summit follows a meeting between the two leaders facilitated by the Prime Minister in February 2020 in Addis Ababa.

In today’s summit, he recounted the abundant resources in the region that can be utilized effectively for regional development, if cooperation and peace are made to be leading forces, according to office of the Prime Minister.

He emphasized “together we can pool our resources to break the vicious cycle of poverty and despair.”

“The resumption of the talks between Somalia and Somaliland is a perfect illustration of the continued determination of the leaders of the region to resolve differences through dialogue,” he said.

At the end, Prime Minister Dr Abiy, together with participants of the meeting, planted seedlings in Djibouti.