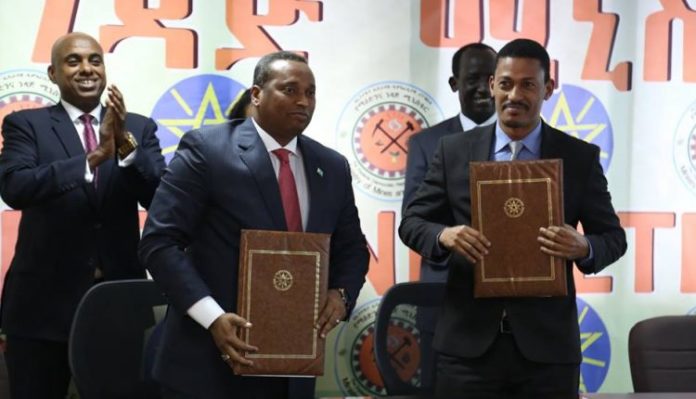 Ethiopia’s Minister of Mines and Petroleum, Dr Samuel Hurcato, and Minister of Energy in Charge of Natural Resources of Djibouti, Mr Yonis Guedi, signed the agreement in Addis Ababa today.

Dr Samuel on the occasion said the agreement, which was signed after extensive negotiations, ensures the mutual benefit of both countries.

When it is completed, the project will generate foreign currency besides creating more employment opportunities allowing the country to export natural gas from Calub Hilala fields, according to the Minister.

Mr Guedi for his part said the project will further cement the long-standing ties between the two nations.

About 700 km of the pipeline stretches from Calub Hilala fields to Djibouti border within Ethiopia, while the remaining 67 Km is within Djibouti.

According to the agreement, the construction of the pipeline commences this Ethiopian fiscal year and will take two years for completion.