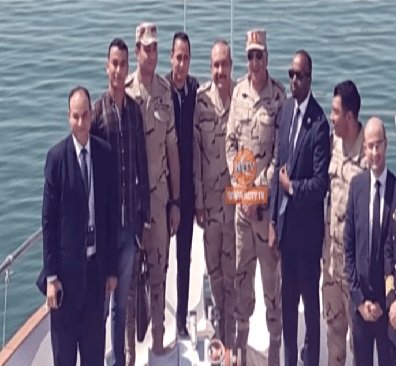 HARGEISA– Somaliland government has announced for the first time that Egypt has changed its stance on Somalia unity and is keen to exploit the untapped natural resources that is laden in Somaliland. The government says that Somaliland and Egypt have reached a common understanding to cooperate on wide range of areas. A high level Egyptian delegation is expected to arrive in the republic of Somaliland soon. Somaliland president will pay a courtesy call to Egypt in order to meet Mr. Sisi, the Egyptian leader in Cairo. The deputy foreign affairs minister embarked on three day official working visit to Egypt. Mr. Liban, the assistant minister for foreign affair and international cooperation conferred and held high level talks with the Deputy minister Foreign Minister For Africa Hamdi Loza, Assistant Foreign Minister For Africa affairs Hon. Aboubakar Hefny, Secretary General for Egyptian agency of partnership for development, & Generals from the defense ministry.

Somaliland delegation met with Egypt’s Partner and Development, and officials from the defense ministry. Discussions also touched on the Red Sea coalition which Somaliland has been discarded. Egypt pledged to cooperate with Somaliland on education by providing scholarships in the areas of diplomacy. Mr. Liban has said that Egypt was one of the countries that staunchly supported the greater unity of Somalia but it has changed its mind now and come to the conclusion that Somalia’s unity is dead and buried.