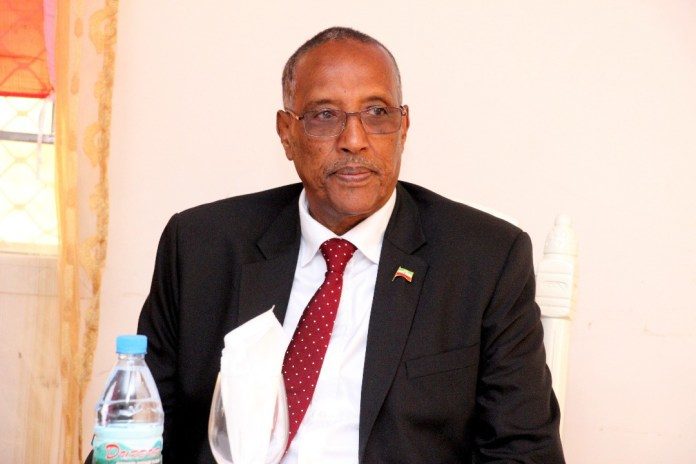 The President H.E. Musa Bihi Abdi has sternly cautioned any distracters and wayward minded entities to desist from exploiting the unfortunate fatal incidences of clashes that occurred in southern Sool with the aim of cashing in politically.

The President at the same time appealed for the second time to the warring brotherly communities to halt the animosity and observe peaceful co-existences.

The Head of State gave the caution and made the appeal yesterday, Saturday the 27thOctober 2018 at the Presidency at a function of sending off 380 students who were awarded educational scholarships granted by our Ethiopian neighbor.

The President observed, “In recent days I have been hearing several politicians and individuals from the diaspora engaging in the matter (the unfortunate clashes) while politicizing it to capitalize from it”.

He noted that the government has exerted a lot of effort to quell past similar clashes hence have invested a lot in the area security.

He pledged that more inputs will be stepped up for the pacification efforts. He added that given that the armed forces has been in the area for two years the state will mobilize eminent personalities, elders, traditional and contemporary leaders, the clergy and as well as all concerned to see to it that no stone is left turned for the achievement of harmonious and peaceful setting preservation.

He was categorical that “we shall never tolerate any other entity to propagate unwarranted objectives to undermine the security of Sool region.

He said the collective effort and responsibility to resolve the recurrent skirmishes has its mobilization under way.