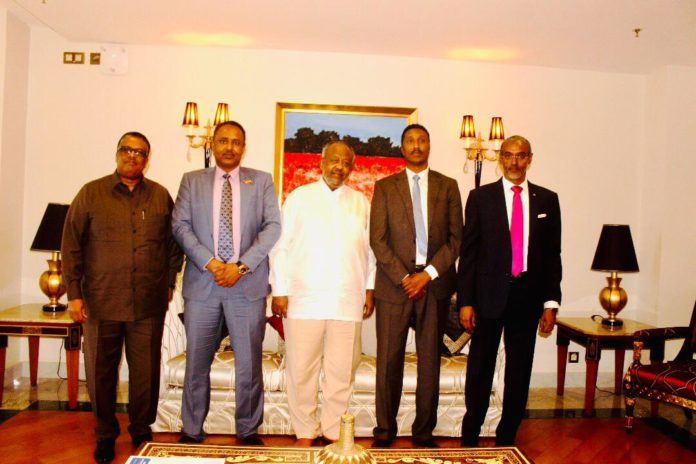 DJIBOUTI– Djibouti Head of State, His Excellency, Ismail Omar Geuleh on Thursday received ministerial level delegation led by Somaliland’s defense minister, Mr. Isse Ahmed Yusuf aka “Xawar” and the planning minister, Mr. Awale Ibrahim Shirwa. The meeting between the president and Somaliland delegation took place at Djibouti’s presidential palace. The delegation from Somaliland led by the minister for the defense and is accompanied by the planning minister met with Djibouti government ministers and country’s prime minister which were aimed at boosting the bilateral between the two countries. The president and the ministers discussed ways to enhance the existing ties on the areas of security and trade.