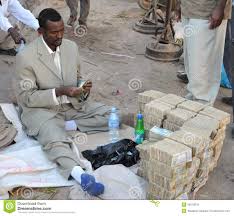 LITERATURE REVIEW
In the economy, the rate of inflation is the general change of overall prices in the economy per unit over a period (Flemming, 1976). Although economists do not agree all the inflation causes there are some key causes which most of them do agree on: rapid growth in the money supply which is based on The Quantity Theory of Money.
This theory states that there is a positive relationship between inflation and the money supply without increasing the output, particularly in the long term. In other words, if the money supply increases without increasing the output this will induce inflation in the long term. “This can be measured by the Fischer’s Equation, MV=PT, where M = quantity of money in circulation, V = velocity of money or the turnover of money, P = general price level and T= total number of transactions of goods and services during the year” (Skousen, 2007). “Continuing inflation occurs when the rate of growth of money supply consistently exceeds the growth rate of output” (Ball, 1993).
Inflation can be measured by the inflation rate. The Inflation rate is the percentage change in the general price index, usually the Consumer Price Index (CPI). “Inflation is the growth in the overall level of prices in an economy. The inflation rate can be measured by the Consumer Price Index (CPI) which is í (Inflation) = P2 – P1 ∗100” (Mateer & Coppock, 2014).

The economy’s overall price level can be viewed in two ways:
– Number one, as the price of goods and services, such as the amount of money that the consumer should pay to get a specific item(s) or service.
– Number two as the value of the money, because if prices rise more money will be paid to get the same item that the consumers paid less for before, which means that the value of the money has decreased (Mankiw, 2015).
In Zimbabwe, hyperinflation occurred for different reasons. One of the core causes of inflation was money supply – printing more money (Munangagwa, 2009). However, Zimbabwe’s community complained about the huge amount of money that they needed to carry when purchasing a simple item, like bread. Zimbabwe’s government printed new banknotes by adding more zeros several times to solve the existing inflation. This made the problem worse. Therefore, hyperinflation increased until the Zimbabwean nation deserted their currency and the government officially authorized foreign currency transactions (International Monetary Fund, 2007) and (International Monetary Fund, 2009).
In 2011 the Somaliland government printed new currency for 5000 and 1000 Somaliland shillings. This caused public concern as the community expected that this would result in inflation immediately. After a couple of months when the inflation did not occur it was no longer a public concern and the government continued printing more in 2012, 2014 and 2015. However, there has been inflation over the following four years, with the exchange rate rising from 6500 to 9500 Somaliland Shilling per 1 US dollar during 2015 to 2017 and now in 2018 reached 10030 Somaliland Shilling. According to the Somaliland Chamber of Commerce reports the exchange rate of USD in Hargeisa was 7500 Somaliland shilling per 1 USD in 2016 while it is 9500 April 2017. This means that the exchange rate was hiked 26% during this period (Somaliland Chamber of Commerce yearly reports 2016, 2017).
The economists agree that the money supply takes time to influence the economy, and it would influence it in the longer term. But there is also food inflation and According to Somaliland’s Ministry of Planning the “CPI started in January 2013 to January 2016 indicates that the All Items annual inflation rate at 14.2%, 16.6% for Food and 12.6% for Non-Food.” The Ministry of Planning’s chart shows that prices were rising from 2014 but the highest rates occurred in 2016 and 2015 while the food prices hit 17% and 15% respectively, while it dropped down but it rose up again up to 16.7 % in May 2017. The highest rise occurred in 2015 especially for food items while the prices of non-food items including luxury items rose less than the other items like beverages and tobacco. This means that the necessary items that poor and rich need rose; the poor cannot cut food from their life. Then this forced them to reduce either the quantity or the quality of their food.
Further, inflation leads to poverty and affects economic development. Many studies have confirmed that inflation has a significant impact on poverty levels. These studies indicated that inflation is one of the macroeconomic fluctuation indicators. Inflation is an important element which has an important effect on poverty increment. For instance, (Ivanic & Martin, 2008) investigated nine developing countries across the world and proved that inflation generally has a negative impact on poverty. They found that price rises increase the poverty rate. (Wodon, et al., 2008) also assessed 12 Sub-Sahara African countries to study the impact of inflation on poverty. They found that food price rises increase poverty. (Conforti, et al., 2009) studied the impact of and policy responses to a commodity price boom in Malawi, and found that the price rise had a substantial impact on poverty increments. In Hargeisa, the population is increasing rapidly. According to a CIA 2015 estimation, Hargeisa’s population was 760,000. According to the world population review of 2017, Hargeisa’s population is 1.2 Million (World Population review, 2017). It is obvious that Hargeisa’s population increased vastly. However, Somaliland pastoralists are moving to the cities including the capital city Hargeisa. The majority of those who are moving from the rural areas are mostly very poor. As they are neither educated nor skilled this makes them the most vulnerable victims of inflation.