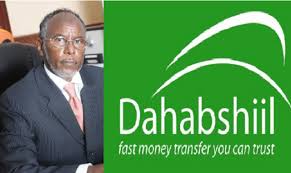 The Dahabshiil group of companies has donated the amount of $ 150,000 to the people affected by the flash floods in Beledweyne in central Somalia.

The chairman and board members of Dahabshiil group of companies also send their deepest condolences to the families of victims who perished in the flash floods in Beledweyne , Berdale and Gedo.

Dahabshiil group as part of its corparates social repsonsbilty is committed to assisting the affected and vulnerable people floods and drought by donating urgently need tents and food rations worth $150, 000 as the phase emergency response to affected in Beledweyne, Berdale and Gedo.

Dahabshiil group of companies passionately appeals to Somali people living in country and abroad to send their contributions to the following account number MUQD0052734 or eDahab 0623258080, which is being managed by promient religious leaders,the Somali chamber of commerce businessmen and top Dahabshiil management.