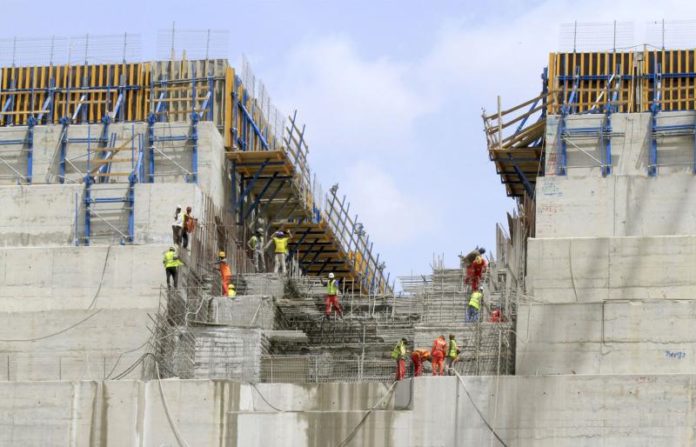 CAIRO – Egyptian analysts downplayed reports about Israel installing an advanced air defence system at the Grand Ethiopian Renaissance Dam, a multibillion-dollar project that is expected to deprive Egypt of a sizeable portion of its Nile River water access.

The analysts expressed concern about Israel’s growing role in Africa, especially in the Nile Basin, saying Cairo needed to ensure that Israeli moves in the region would not come at its expense.

“Israel works hard to strengthen its ties with African states, especially with Ethiopia,” said political analyst Abdel Monem Halawa. “The sure thing is that Israel gains ground wherever Egypt pulls out, especially in this continent that has considered for decades to be a natural extension of Egypt.”

Israeli media reports claimed that three Israeli firms installed the Spyder-MR air defence system, which can simultaneously fire two different types of missiles, in May to shield the Ethiopian dam.

Addis Ababa opted for the system, officials said, after it performed well in the Indian-Pakistani clashes in Kashmir five months earlier.

Neither Israel nor Egypt has officially commented on the reports.

Relations between Israel and Egypt — traditional enemies for decades — have been steadily strengthening amid shared interests and security concerns. The two countries are concerned with the growing influence of Iran as well as the rise in Islamist militancy in Egypt’s Sinai Peninsula and in the Palestinian Gaza Strip.

Israeli media recently disclosed the extent of security cooperation between the two countries in Sinai by referring to Israeli air strikes against Iranian arms shipments to Islamic Jihad in Sinai last November and in May this year.

Egypt, which in 1979 became the first Arab country to sign a peace treaty with Israel after a series of wars, has tried to bring the Israelis and the Palestinians to the negotiation table.

“There are shared interests between the two states, which is why I believe that Israel will not sell advanced military equipment to Ethiopia,” said Samir Ghattas, director of the Middle East Studies Forum think-tank.

Egypt has been pursuing peaceful means in settling the Nile water dispute with Ethiopia, despite the sensitive nature of the issue.

The Ethiopian dam is a life-or-death issue for the Egyptians. Designed to store 74 billion cubic metres of water, the project will make the nightmare of water scarcity a reality in Egypt. Egypt is water-poor already and the steady growth of its population is not being met with an increase in water resources.

“This is why the Ethiopian dam will have devastating effects on Egypt,” said Abbas al-Sharaqi, a professor of water resources at the College of African Studies in Cairo University. “It will affect everything in Egypt.”

Numerous talks between the two sides have produced little. Egypt has been trying to convince the Ethiopians to lengthen the duration for filling the dam reservoir, which would mitigate the effects of the process on Egypt.

Sisi has said several times that Egypt wanted the water of the Nile to be a source of cooperation among Nile Basin countries, not a source of friction or conflict.

His administration has initiated a series of water desalination and treatment projects that are costing Egypt billions of dollars to make up for Nile water shortages and prepare for tough days ahead if Cairo and Addis Ababa do not reach agreement on the dam or if Ethiopia does not honour its repeated pledge not to harm Egypt’s water interests.

“Relations between Israel and Ethiopia are worrying to Egypt,” Halawa said. “True, there is cooperation and coordination between Egypt and Israel but at the end Israel works to serve its own interests.”