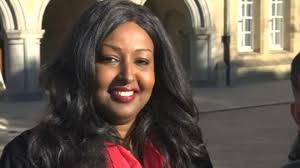 A Labour councillor from the London Borough of Tower Hamlets, Amina Ali, has been shortlisted as a candidate for the Poplar & Limehouse seat in the next general election.

If, successfully adopted as a candidate for this safe Labour seat, Cllr. Amina Ali, would become the first member of parliament from a Somali background.

Born and raised in the East End of London, Cllr. Amina Ali began her career in politics as a researcher for the late Labour MP, Tony Banks.

As a graduate of the London Metropolitan University, Cllr. Amina Ali, has always remained active in the local community in Tower Hamlets. She has worked with the Somali community association, as well as, the local Law Centre.

A single mother of two, Cllr. Amina Ali, combines her duties as a parent and as a two term local councillor. She serves in the Tower Hamlets Borough cabinet, currently over seeing Brexit preparations.

A stronger supporter of Somaliland, Cllr. Amina Ali, played a key role in a symbolic vote taken by the borough council to recognize, her ancestral home, as a sovereign state.

Follow the link to view a video on why Cllr. Amina Ali is running for the Poplar & Limehouse seat.
https://www.youtube.com/watch?v=s-aBh2zOBjo&feature=youtu.be 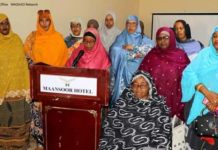 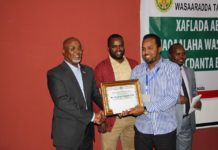