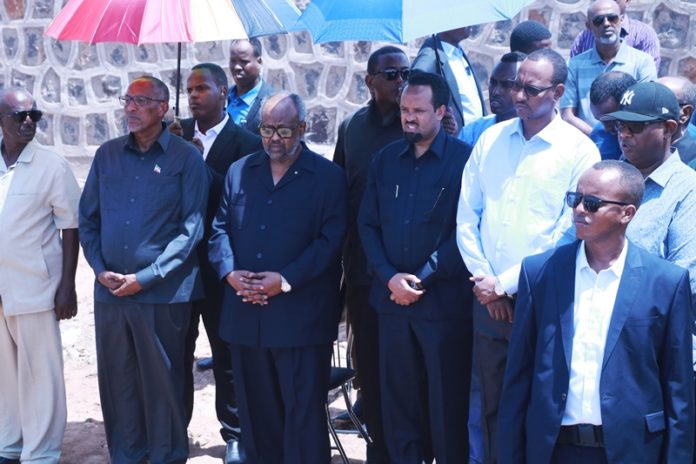 The Somaliland delegation led by president Bihi on Thursday has attended the state burial of late Sa’ad Omar Gueleh, Djibouti port manager who passed away this week in France.

The speaker of the house of national assembly, Hon. Bashe Mohamed Farah, ministers and traders from Somaliland left for Djibouti early this morning as president Bihi headed.

Bihi was received by the incumbent Djibouti president, Ismail Omar Gueleh at Djibouti airport and passed sincere condolences over the passing of his brother.

The president from Somaliland has participated prayer for the body of late Sa’ad, the brother of Djibouti leader which was held at one of Djibouti mosques.

They also attended the state funeral of the demise of Sa’ad who was liad to rest one of the cemeteries in Djibouti.

The delegation has returned to Hargeisa today. Ethiopia’s minister of finance, Hon. Ahmed Shide has attended the state funeral of the brother of Djibouti leader. 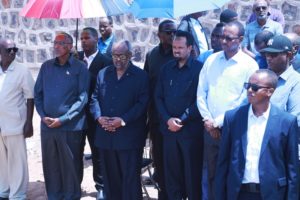 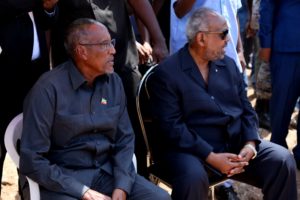 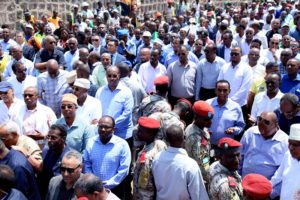 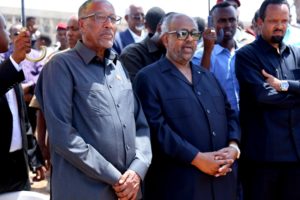 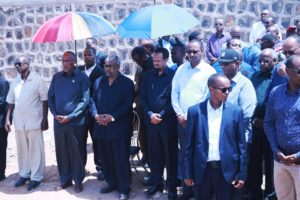 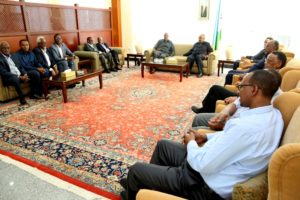 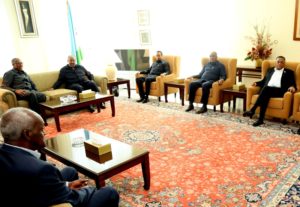 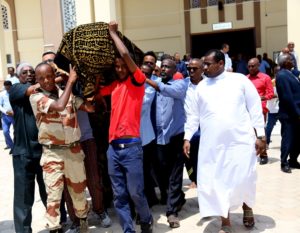 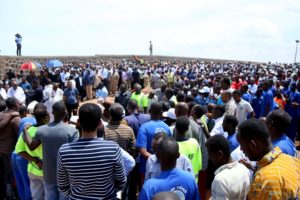 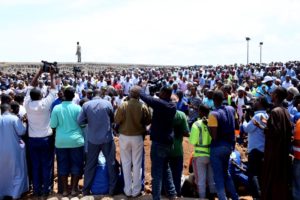 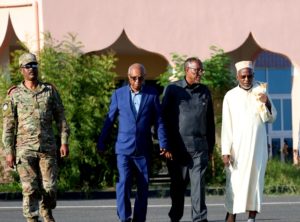