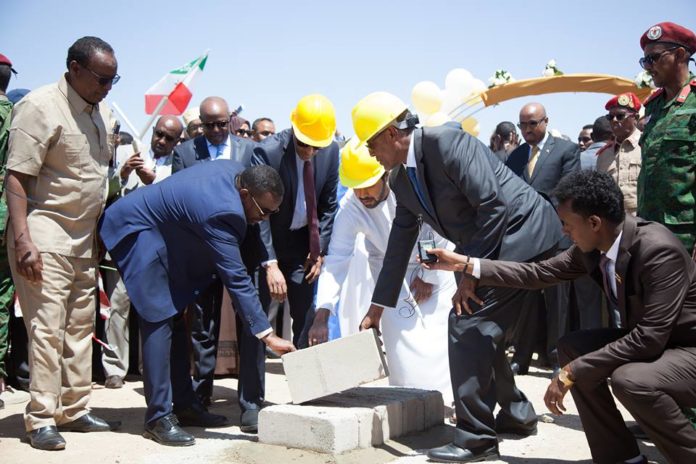 Work has begun on the construction of a 250km dual carriageway between the Somaliland Port City of Berbera and Ethiopian border, to be funded by the UAE and the Abu Dhabi Fund for Development Construction Company.

The groundbreaking ceremony was held yesterday, 28 February, by Somaliland president Musa Bihi, who said the investment would “bring economic stability and create employment opportunities for our youth”.

Abdullahi Abokor, the minister for roads, said he expects the project to increase trade volumes with Ethiopia by 30% when it is completed in early 2022.

Robleh Mohamud Raghe, an analyst and former consultant to the Somaliland presidency, told a French radio station: “The highway will turn Berbera into a major regional trading hub.”

There is presently only one road running southwest from Berbera to Hargeisa, the capital of Somaliland, and the Ethiopian border. It is a tarmac road, but as with almost all of Somaliland’s 15,000km road network it is poorly maintained and can only deal with low tonnage vehicles. It is the third busiest road for trade movement.

No value has been given for the motorway, which will be part of the Berbera Corridor, but it is expected to be the second most expensive infrastructure project in Somaliland’s history, after the $442m expansion of the port of Berbera itself by DP World.

The company running Berbera Port is now 51% owned by DP World, with Somaliland holding 30% of the shares, and Ethiopia 19%.

Somaliland is a breakaway province of the Federal Republic of Somalia; it claims independence but is unrecognised by any other country as a sovereign state.